Awards in the "Nati"

It's always nice to be awarded for my blogging efforts here in Cyrsti's Condo and on the Medium writers format. 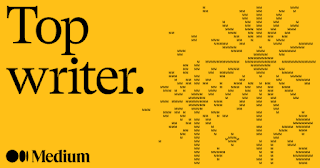 Actually I have received two awards now on Medium. The first was for my desire to write for the LGBTQ community and the second was a bit of a surprise. Recently I was given an award for fashion.

As you regulars know, I don't spend much time writing anymore concerning what I wear. In fact, if I spend much time reviewing many of my older blog posts, I spent much more time explaining what I wore to do my best presenting my exterior self in a new (to me) exciting feminine world.

At that point I began to think was there such a thing as transgender fashion? Quickly I began to understand there was. If you follow Stana at the Femulate blog who may be the ultimate transgender fashionista or me who is comfortable in jeans and sweaters, we all have the same thing in common. A desire to blend in with or even out do our cis women acquaintances. Many times we have to be better to even be able to exist as our authentic selves. In fact, my two wives on occasion both asked me for help with their make up. My current partner Liz doesn't need any help because she was a former Avon sales person.

Let us not forget hair as part of our overall appearance and there is a definite reason most all cis women spend so much time, effort and money on their hair during a lifetime. As an example, all the responses I received from my post on wigs. Easily one of the most well received posts I have ever received, thanks to you all!

Speaking (or writing) of people writing in and commenting which is a relative rarity compared to how many "hits" or visits I receive. Even rarer is when I receive a comment who does live, or has visited  the metro Cincinnati, Ohio area. Take this comment from Velma for example on the post I wrote on "toxic masculinity."

FYI, the "Nati" is another term for the city of Cincinnati where I live. It is also known as the "Queen City." Another slang term which once was  used was "Hamil-tucky" which refers to our border with Northern Kentucky. With all the recent development in the metro area, the term is becoming very outmoded. .Before I regress any farther here is Velma's comment:

" I was compelled to write after I read your profile and found you lived in Hamil-Tucky County, Ohio.My sister used to live there, and I LIKE Cinci, but, yeah, I have seen THAT side of The Queen(?-really-?) City.

I have seen plenty of same here in NC. Here we gots 'Carolina Squat' pickups.Too many men merely mimic their best idea of what the image of MASCULINITY is, appearance wise, rather than being who they truly are.
It seems that these men are simply posturing to each other to 'gain rank/standing inside their work group.And, the PAYOFF IS......?As the saying goes:"All HAT and no cattle".Or, how's about:'everyone is transmitting machismo, but no one has remembered to turn on the receiver.The question begs it self: Are the women paying attention to such image and posturing?Doubtful."
Thanks Velma! Your comment brings up a great point, by having the biggest pickup truck are men dressing for other men? Well yes they are! I agree with you Velma, most women don't get the connection. A comment for another post.
Also thanks to "Medium" for the award!
at March 26, 2022 2 comments:

Her blog is called "A Woman Called Sophie". Even though you wouldn't know it from most of her  posts, she is actually an accomplished transgender woman who is perusing her PHD  Degree from Penn State.

You can follow the link on the blog here to her posts.

Also if you have a blog and want to share links, just let me know in the comments section.

This is actually from 2010 and was reposted in 2012 and has always been received well, so here we go again. It was actually called, "What Kind of Daughter Did Your Mom Want?"

"Yes girlfriends, I'm talking about us. Some Mom's really wanted a daughter and dressed some of us as girls. Some Mom's may have found it interesting to relate to us on some level as a girl and let us in on a little makeup or clothes. Other Mom's may have shut us out all together.

All of the mother/son interaction intrigues me because of a couple of reasons. The first would be the simple question of why me? Did my Mom set me up for all of this? (My brother believes she did). The second would be is how much I look like her. How many of you believe your Mom knowingly or even unknowingly opened your door into a female world? I remember vividly the way my Mom blotted her lipstick and made sure the rest of her outfit was together before she went out. I would bet you my brother doesn't!

The age old question-environment or genetics? Was I predisposed to be trans? Most likely it's a question I will never know. (Update! Perhaps the DES drug my Mom very well could have taken during her pregnancy could been the answer.) Maybe the whole "daughter" question explains my total lack of respect for women who do not take care of themselves. This girl was raised believing that appearance was part of the female gender.

My Mom passed away years ago and I believe in two sure facts. She would like the fact I try to keep up a good appearance. She would hate the fact I'm a lot like some of the girls I brought home she didn't like and live a very wide open lifestyle. Neither Mom or me or even my daughter are shy women."
at May 26, 2020 No comments:

My final visit to my "magician" has come and gone. As I previously wrote about here in Cyrsti's Condo, I am going to have to find another hair dresser to go to. Sadly my regular stylist retired. I found out during my final appointment she is suffering from carpal tunnel syndrome. Which causes pain in the hands.

As we said our goodbyes, I almost teared up (damn hormones). As you may recall, she, my stylist, is the one with a transgender son. As always, she worked her magic with my hair and I went upon my way.

My hair grows relatively fast, so I will be on the outlook for another stylist.

Now, onto another topic. fellow Blogger Mandy Sherman  wrote in with a comment about my trip to the auto repair shop:

"Good for you about going to the shop en femme. My mechanics know me, so doing that wouldn't work well...although I go in capris, a blouse, and flats when the weather is warm. Such fun!"

Thanks Mandy! I thought it was a good time to explain a couple things about me for any of you new comers to the blog. First and foremost, I am a full time transgender woman. Using hormone replacement therapy very much blocked any return to being a male I ever had. These days, I would have to find a way to bind my breasts and tie my hair back to minimally even look male at all. The best I can hope for is to be androgynous...if I ever tried.

I am fortunate though, because I never run into anyone I knew before my Mtf gender transition. They have to accept me for what I am.

I like to say, I am a little slow...but not stupid. I knew totally when I entered into the feminine world, all of it wouldn't be a great time. That is why I heard so many times from my cis women friends when I transitioned, welcome to our world.

As I sum this up, I need to say, I would never give up anything I have earned crossing the gender divide.

To quote another familiar phrase, "What a long, strange trip it has been." And let me add, a wonderful one too!
at November 24, 2019 No comments:

Billie Lee is a transgender woman, activist, and blogger currently living in Los Angeles. You may also recognize Billie from the hit reality show Vanderpump Rules on BravoTV. She continues to work with Buzzfeed and others in the trans community to create videos that aim to educate on trans issues. For more on Billie, go here. 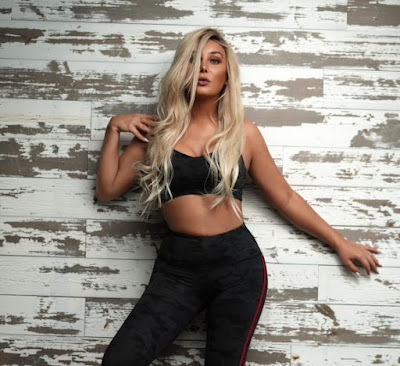