Seemingly the Christmas Day post here in Cyrsti's Condo would be one of the easier ones to write. But, it just isn't.

I know for many in the LGBTQ community the day brings back memories of ex-blood families who have rejected us. Of course I have documented many times  how my brother and his family did not support me when I came out to them as transgender. These days the extended family I have developed have more than replaced what I have lost from my brother. 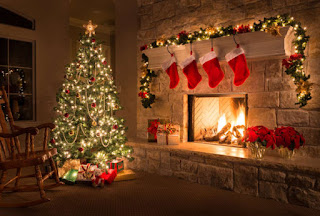 The bigger loss to me were the frenetic times I spent with my deceased wife whose favorite holiday by far was Christmas. All the memories now are so fond and bring back such great memories, it makes Christmas one of the more difficult times of the year for me too. As much as I try to make it as close to any other day as possible, I just don't want to.

Even my daughter quit celebrating the Christmas holiday when she converted  to Judaism. This Christmas she is spending in Alaska with her kids on some sort of a glacier. That leaves just me, Liz and her son to feast on a holiday ham. As far as ham goes, we now have an embarrassment of riches. We bought one on our pickup from our main grocery store was shorted on our order. So it was deducted and we went down the street to another store and bought one. Then when we returned home and found the ham they shorted us. Finally, to make matters even more ridiculous, Liz was gifted a large ham or turkey from her company.   So either we have enough protein to last through June or we donate one of the hams to a local food pantry.

So much for our positive food issues. Let's get to the important part of this post. I hope you all have a meaningful holiday, however you decide to celebrate it! 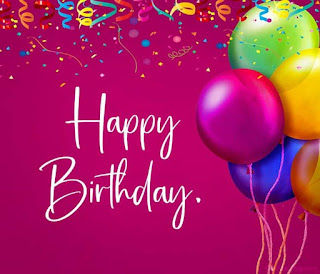 As I mentioned, today is my youngest grandson's birthday (13th). Also, due to our new diet, we will be packing our own sugar and flour free lunch. Obviously too, we will not be partaking in any of the birthday cake or ice cream. Sooner more than later I will have to run around in the shower to get wet.

As I try in this post to try to tie up some loose ends, here is a comment/question from Connie:

" There's no doubt that trans people can be as rude as anyone else. Was the quote said directly from the DJ, or was the T word just added by the accuser to up the ante? Not only can anyone be rude, anyone, including trans people, can be too easily offended, sometimes. I probably would never return to a place where I was called the T word, but I would apologize if what I had done was thought to be rude. I hope that there isn't a blow-up over it all."

To clarify, the guy has never come close enough to me to use the "T" word. So, I took for granted what I heard was second hand and by an individual who over the years (literally)  has seemingly done her best to snub the group,

After all, transgender people are no different than the rest of the population, Some are good folk, some not so much.

The person involved in the whole event supposedly, has never gotten back with me. For all I know, the DJ denied ever saying it or even apologized.

Are You Man Enough?

These days, when I write, I am dividing my time between the Cyrsti's Condo blog and the book I am trying to put together. In my mind it is much easier to write a blog post because it fits my short attention span.  As I work on a book chapter, I have to go more in depth.

Here is an example for a chapter I am working on which revolves around leaving your male closet and finding your life as a transgender woman:

In many ways, it seems those days of rummaging through my meager wardrobe of girl’s clothes and make up were just yesterday. Then again, taking my precious time to admire myself in the mirror seems so long ago. The impossible dream was to try and get out of my restricting closet and try to live a feminine life. Along the way I had so many misconceptions of what that life would be like, it seemed I was hitting wall after wall. The only thing I do know is I went from hiding behind my skirts when the world threatened me all the way to becoming an out and proud transgender woman. Let’s go back now to how you change closets and why.

The “why” is simple. If you don’t feel the need deep down inside to change your gender, don’t do it. Because really you are not changing anything. You are connecting the dots back to the person you have always been deep down inside. Perhaps, this idea is the hardest to explain to an outsider trying to understand being transgender is not a choice for us. We are simply trying desperately to live the life we were always destined to live. Unfortunately, most of us are subjected to what is referred to as “testosterone poisoning” The time starting at puberty when we begin to develop the male characteristics which will come back to haunt our attempts to externally transition later in life. Very few of us are lucky enough to physically transition seamlessly into the feminine gender. For the rest of us, it is a real struggle.  Once you decide it is time to change closets, the problem arises on how you are going to tell friends and family.

There is no easy way telling others. Some decide to slowly tell family and friends while others decide to quickly pull the band-aid off and tell many people quickly. Younger trans people have their entire lives to try to carve out a niche where they can find employment and hopefully someone to have a relationship with. Older trans people have the opposite problem with primarily telling a lifetime spouse and family. Naturally, many spouses feel as if they have been deceived. They married a man, not a woman. It leads to heartbreaking dramas on both sides. In my case, my wife of twenty-five years accepted my need to be a cross dresser but never my need to be transgender and more of a woman. We had massive disagreements. Looking back on it, she was right when she told me to be “man enough to be a woman.” In gender disagreements each side essentially is right and it makes the whole situation very difficult to navigate. There is no easy answer. I certainly am not wise enough to suggest one.

I have such a long way to go!