"Make Up For Ever is setting an important precedent in the beauty industry. The brand has tapped transgender model Andreja Pejic to be the face of their latest campaign, making the leggy beauty one of the first transgender models to land a major beauty deal (Pejic joins Brazilian model Lea T —who partnered with Redken in 2014—in leading to change in a largely cisgender-dominated industry). "I prefer doing shoots," the 23-year-old reveals in the interview. Time magazine last year for a feature titled "The Transgender Tipping Point," which explored how the acceptance of transgender individuals is the next social frontier in the U.S.)."

I happened across an eclectic  site called "Anne of Carversville". It's claim to fame is "From Fashion to Flogging, telling Women's Stories."  Of interest to me of course was the "Transversal" page which featured extensive coverage of androgynous and transsexual models such as Andrej Pejic and Lea T.

Putting a Voice to the Face

By now I'm sure you have read the story of the furor which came out of this comment: 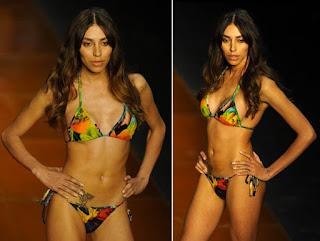 “we [women] are angry with ourselves for not being happier, not being loved properly and not having the ideal body shape – that of a Brazilian transsexual.”

Of course all the trans nazi's and trans feminist's jumped hysterically on this.

I hang out almost exclusively with genetic women and I have to say most of them and I would kill to have a body like Brazilian transsexual Lea T  shown on the right.

Look, all of us know we are never going to develop a body such as Lea's. She is a model for a reason!!! As far as a role model for girls and women's struggles around the world- that's a bit of a stretch. My point is feminists have a real reason to criticize society as a whole until all women have equal treatment around the world. I don't care that most don't consider transgender women "worthy" of joining their gender inner sanctum. Don't need their support, it's their loss.

The problem with the quote was she didn't take it far enough. I have my own prejudice against gender nazi's as being bitter one sided folks who have found this box of toys called the internet to spread their ideas. I don't suppose she would have ever added the idea that people of both genders and between have problems with being loved, being happy and how we look. But angry? How about we all should be working on our problems. Not just bitching about them.

From the Knife to the Runway 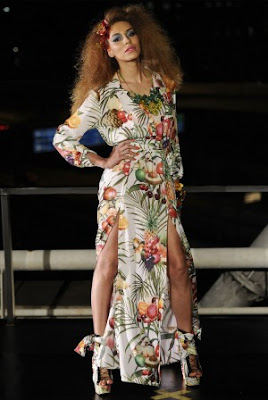 Brazilian model "Lea T" is back on the runway after completing SRS (Sexual Reassignment Surgery).
From the looks of this picture, she is recovering nicely!
at May 17, 2012 No comments: 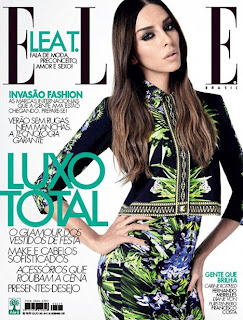 Out steps another trans woman. She's obviously beautiful, intelligent and brave enough to step out of the shadows to help others.
Mock is an associate editor for "People.com". Her message to transgender youth is simple. She is living proof that in fact life will get better for transgender them.
Follow this link for the video and more! 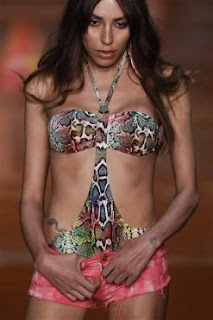 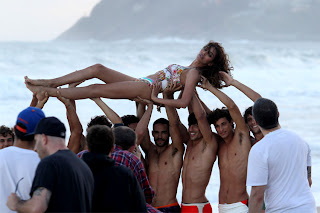 "Lea T" the Brazilian transgender model has landed a swimsuit photo session.
She is a daughter of a Brazilian soccer player.
Wonder if the team has a calendar?
at June 01, 2011 No comments:

The good. "Singapore" is hosting an on line contest transgendered beauty pageant.  The small island is prosperous but very conservative and this pageant is the first of it's kind.  "Tru Me" is the contest's name. Follow the link to yet another wonderful example of Asian beauty!
The good. "Oprah Winfrey's" interview with trans super model "Lea T."  Oprah usually always does it right but can't stay away from the "where do the male parts go?" questions. I also felt that "Lea's" true beauty really came through on the show.
The not so good. "Adam Sandler" who is currently filming his latest movie "Jack and Jill" also took time to cheap shot his transgendered housekeeper On "David Letterman".

He should be getting makeup and fashion tips from his housekeeper.
Is this is the best the "Hollywood" makeup guru's can do with Sandler? Really? What a disappointment with his mouth and looks.
at February 18, 2011 No comments: