No Cure for the Transgender Person

Most of us learn the hard way there is no easy cure for our gender issues. Marriage, kids and the military are a few of the most common so called "cures" Of course we all found out adding the responsibilities of a spouse and/or family just complicated our lives. Here is a comment I received from Sara:

" I wish I had known more back before the pre internet days! Like getting married WOULD NOT CURE ME! I wouldn't have put the wife and kids through all tis mess, mine comes from the fact that my mom was given something to stop the many miscarriages she had, or something went wrong/right and here I am today, or was it something else?"

Thanks Sara! I felt the same way even though my two wives knew of my cross dressing desires. The difference was though no one, including me understood my feminine desires went far beyond the occasional desire to put on a dress.

Sara also refers to the DES drug which was given to Mother's with history of problem pregnancies. Although I can't prove it, I believe my Mother took the medication which flooded the uterus with extra estrogen.

As far as the military went, I would have never served except when I was drafted into the Army. I just didn't understand how I would ever adjust to being away from my feminine self for three long years. Adjust I did though and was rewarded more than I could ever say. I can't write enough how my daughters support helped me over the years.
Over the years also, along with the advent of the "information" age, an amazing amount of information is available to help spouses who need it with extra help dealing with a difficult gender transition. This week I encountered both sides of spouses who accepted (or not) their spouses desire to cross the gender border. The first I experienced came on a very sad post from Kira on how she was giving up after ten years of rejection from her spouse. Sadly she was going back to her male life. Mainly after her wife's threats to "out" her to her work and friends.
On the other side though came a very nice/inspirational comment from Anne: "I am going to share your courageous story with my husband. He/she has been cross dressing since age 12. Looking and feeling feminine was very important but always controversial when parents or siblings discovered cross dressing activities. During Covid my husband has finally felt safe enough to dress as a female at home and occasionally in public away from our community.
He also started over the counter feminizing supplements and herbs last year with some positive results. He is undergoing M2F counseling before formally beginning the HRT protocols.
Your writings are very helpful for both of us as my husband proceeds further."
Thanks to you Anne! I already responded praising her positive response. It is so sad many transgender individuals never have had a chance to take advantage of such a positive outlook from a spouse. Anne also brought up a good point when she pointed out her spouse was seeking professional counseling before undergoing HRT. It's very important to do so!
A transition is never easy and the only cure for crossing the gender border is realizing you have no real choice. For whatever reason. Just accepting your desires and yourself is a giant part of the solution. As I think back to when I finally decided to start hormone replacement therapy (HRT) and begin my femininizing process, I felt a huge weight off my shoulders.
I was on the way to my cure.

As football season winds down, for the first time in over three decades the Cincinnati Bengals are playing the Kansas City Chiefs for a chance to play in the Super Bowl. Kansas City is a tough talented team so they will be difficult to defeat 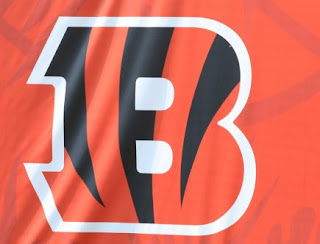 None of that hurts my enthusiasm. In my long life of 70 plus years, I have witnessed only two visits to the Super Bowl by the Bengals and both were heartbreaking defeats. On one occasion I even suffered a broken bone in my foot trying an ill advised leap during a touchdown run. I have written before how I had to make up a weak excuse for my boss why I worked the next several days on crutches.

During todays' game you can bet I won't being trying any leaps. In fact with my testosterone levels so low and my estrogen so high, I'm definitely aren't so passionate anymore. I used to be so competitive I had a difficult time playing any sort of a game because I hated to lose. On the other hand, I am a better fan. I watch the games with more nuance. Maybe why there are so many more women these days who are sports fans.

On another topic away from football, I received several great comments on my post "What's in a Name". The first is from Lisa :

"I completely understand. I went through several names before settling on Lisa, but it is a diminutive for Elizabeth, which is what I plan to use on my birth certificate, if I ever change it. I too have the grandkid issue, and have thought of putting my current first two initials as my middle name so they can use that. Not too different from your solution. "Great minds think alike!"

Thanks Lisa! And, another from Paula:

"It is a revelation to many that anyone can change their name, like you I went through a lot of names, more or less exotic. But when I realised that this was for keeps I went for the pragmatic answer, and the one that meant I didn't have to change my signature!

We grow up with the name our parents gave us and it becomes a part of our identity, so when we choose a new name we have to make sure it is one we are going to be happy taking as part of our identity. A while back my name was printed in a concert program as "Pauline" I was horrified as I though "No, I could never be a Pauline!"
As always thanks Paula!
Finally GO BENGALS!!!!!
at January 30, 2022 2 comments: