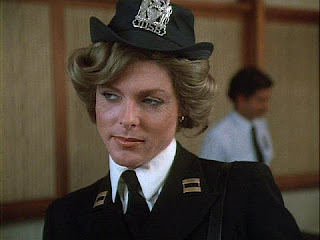 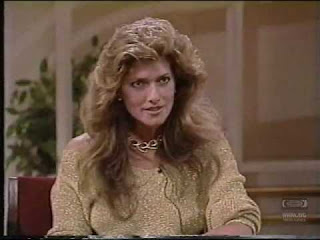 Grae Phillips was one of the first glamorous transvestite/female impersonators I saw back in the 1980's on talk shows such as Phil Donahue. As I remember it, Grae's story was he couldn't make it as a male singer in New York, happened (??) to discover he could be a very convincing feminine singer-with a very convincing look:

Francine's allows me to answer a good question:

"Thanks for posting this. I remember those days and later when the internet helped us all realize we were not alone. We were not crazy. By the way, How do you pronounce your first name? the spelling is different, so I have trouble."

Francine, my name is pronounced the same as "Kristi", or Christy. I just wanted to add a little "pizzazz" to it!

Paula's commented: "Yes in some ways we have come a long way, in others nothing has changed at all" Unfortunately, Paula, that is true but that show to me was a great example of the attitudes towards us "back in the day" where I lived.  Speaking only from my perspective.  I don't see that kind of ignorance and dislike anymore, thank goodness!

Finally, Mandy commented "Interestingly, I remember seeing that Donahue show when it was aired "back in the day." And, the "girl inside" has been peeking out of the closet ever since..." Mandy, I believe you speak for many here in Cyrsti's Condo and thanks for commenting!

I have commented before I'm partial to Donahue because he got his talk show start on a local TV station close to where I live (Dayton, Ohio).  I actually went to one of his shows in Dayton concerning the Vietnam War back in the late 1960's before he went national in Chicago.

Later on, one of Phil's shows focused on a former "biker" from Middletown, Ohio who basically came home, told his wife he wanted to be a woman so he cut his beard and off they went to K-Mart for makeup. She was one of the first transsexual guests I remember him having and of course she was much different than the Tri-Ess cross dressers.

I'm trying to find the video clip of her but basically she transitioned into a relatively shy long blond haired "good ol girl" which are so prevalent in my part of the world. The word was, she used to frequent a gay bar in Monroe, Ohio which I had been to a couple of times but I never saw her.

Another episode which stands out in my mind is this interview with an 18 year old Angie Roberts who now claims to go by  Angelina Roberts:

If you are a bit younger, check this vintage (circa 1989) Phil Donahue video with Tri Ess cross dressers on the Cyrsti's Condo big screen, JoAnn went on to be an influential member of the transgender community and was a founding partner of the Transgender Forum.  She passed away in June of 2013 but "TG Forum" is still going strong.

This video does give an idea of how far we have come thanks to people like these who were brave enough to step out of their closets and educate the world.

The Top Drag Queen in History! 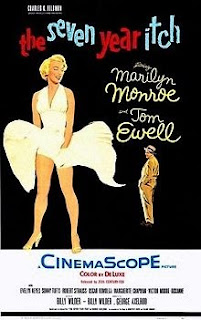 I was watching the classic Seven Year Itch movie last night and realized I was watching one of the great drag queens of all time, Marilyn Monroe-of course!   Yes silly's I know (or think I do MM was genetic) But where was it written that drag queens have to be men? 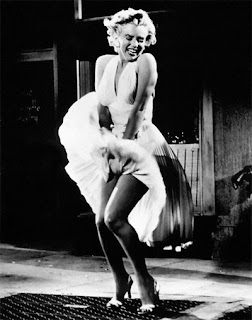 Of course I am not the first to push this idea of the over the top female movie stars such as Marilyn being the ultimate drag queens- in that they represented a totally unachievable level of femininity to the greatest majority of genetic women.

Just between you and me though, I'm still jealous of the famous scene of Marilyn's iconic white dress being blown up over the subway grate in the sidewalk! Shown on your left.

Let's not forget to mention one of the female impersonators (Jimmie James) who used MM to build his career. Here he is on a 1987 Phil Donahue show on the Cyrsti's Condo big screen:

As far as I know, Grae Phillips was one of the first in my generation to hit the talk show circuit looking and sounding exactly like a tall sexy female singer. If my memory serves me correct, Phil Donahue was where I first saw Grae. Here's a look at the talented female impersonator on our Cyrsti's Condo big screen:

Here is a follow up post looking back at the Phil Donahue show.  I always try to give credit on any information I find on the web.
The video I posted came through Monica Robert's Trangriot blog and here is an excerpt:


"Phil Donahue's talk show based out of Chicago started in 1970 and was the gold standard in that genre for years. Phil had the number one rated talk show in the 80's and early 90's before Oprah took that title away and his show canceled in 1996. He was one of the first talk show hosts to discuss trans issues and for the most part did so without sensationalizing it. These shows were a huge assist in terms of me and other trans people during that time trying to gather information on trans issues during the pre-Internet era. However, watching them with our second decade of the 21st century evolution on these issues and terms we use in the community now can be grating on your nerves at times. But peeps, this is what we had to work with at the time ."

As I said in my post Donahue actually started a year or two before 1970 but made it big when he moved to Chicago as Monica said. Here is part of his bio:

"At WHIO in Dayton, he became a newscaster, and also started a radio talk show called Conversation Piece. In 1967 he joined a rival station, WLWD-TV, and tried out a new format, a talk show aimed at "women who think." His idea was to involve the audience, and have them interact in person, or via telephone, with his guests. His topics attempted to be substantive, relevant, informative, and somewhat controversially progressive."

That's when I began to see Donahue when we lived about 20 miles from Dayton.
The most relevant statement Monica made was "peeps, this is what we had to work with at the time."
It's great she remembered Phil!

Plus here is another video on the Cyrsti's Condo big screen:

Trans Blast from the Past

If you are "more mature" such as I, you may remember more than a couple of the early "transvestite" themed Phil Donahue television shows.

I was particuarly a "Phil Fan" because he started his talk show in nearby Dayton, Ohio. I actually went to went to one of his Vietnam War discussion shows. I also thought Phil went out of his way to address the subject of cross dressing all the way to sex change surgery with respect not sensationalism.

I found a post which featured a couple "vintage Phil" trans interviews here's one for the Cyrsti's Condo big screen from You Tube: