Well, maybe not mail-but comments on one of our fave transgender women, Caitlin Jenner. She continues (it seems) to be a lightening rod of opinion within the trans community. Perhaps more than the so called outside world.

I agree with this comment from "Shelli Anne Mulka":

"I feel rather sad looking at those such as Caitlin who literally spends ten of thousands of dollars on cosmetic surgeries BEFORE starting HRT to create a "Barbie Doll" image of what they perceived being feminine is all about. Those of us who go the slower route of HRT naturally changing our bodies over many months are so very much more in tune with natal females maturation.

I feel the Caitlins of the world are missing out on a large amount of the total female experience, never knowing the experience of a second adolescence and all it entails."Real" women are grown, not manufactured ."

In many ways too, this idea of "feminization" (over a space of time) is the only way to experience a gender transition. And yes, Caitlin just jumped from closet to closet.


Plus, Connie added::  Well, if being named a "Woman if the Year" by Glamour Magazine is on your wish list, you'll have to wait until next year. If you think that Caitlyn Jenner being chosen this year is of help in dispelling the evil thoughts of others, check out what Rose McGowan has said, and then read some of the comments made by trolls on the numerous sites that are reporting the story. I have to admit that I'm a bit pissed, myself. Not because Caitlyn is starting to live her "authentic life", but that the media is playing off of it. Without even having been out for a whole year yet, she's been awarded as many times as Bruce was in two Olympic games four decades ago. That doesn't keep her from being like you, though, because she tends to open her mouth and jabber something crazy, too. Crazy is not necessarily bad, but Caitlyn tends to also say stupid things. She needs a good sit-down with someone like Kate Bornstein (who often says some crazy things, herself).


Thanks Ladies! The only thing I can add is- as (I have written i the past) am I missing the Caitlin Jenner Foundation for troubled transgender kids-or we will have too wait for season two of her Kartrashian show to hear of it?
at November 20, 2015 No comments:

Transgender writer Mitch Kellaway did a wonderful job of featuring more than a couple "mainstream" transgender women and men as well as a number of individuals not quite so well known:

To give you an idea of Mitch's work, here is an opening excerpt:

"Mass media have a history of erasing transgender people's complexities and lived experiences. It happens whenever there's an act of misgendering or misnaming or a reliance on social assumptions that trans existence is essentially tragic or reducible to medical procedures. Thankfully, this year has seen a steady stream of trans-focused independent documentaries to offer a counterpoint, illuminating how nuanced, flawed, individualistic, and human trans lives are.

I spoke via email with several filmmakers to learn how they worked toward capturing rich portraits of trans folks that evoke resilience, humor, history, and joy. A common theme emerged from our conversations: Gender transition, while a significant milestone, is not the only, or even necessarily the defining, part of every trans person's life. It's an ongoing process that informs and interacts with other roles and identities, albeit one that is too often rendered tragic by medical and legal stumbling blocks and social stigma. And, like any major change, it's worth celebrating -- even as life goes on despite and because of it." 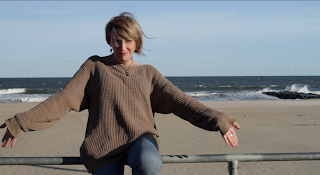 As I followed down the list of documentaries, of course I knew of Kate Bornstein's (left) story and now there is actually a film being produced called "Kate Bornstein is a Queer and Present Danger" about her.


As I said there is a ton of information in Mitch Kellaway's post and you can follow the link above to read it!

As I did, I began to think what "beyond transition" would mean to me and will mull it over it a future Cyrsti's Condo post.
at October 09, 2013 No comments:

Being called "she" has always been music to my ears.
The music turned really sour the other night because of a couple of cis-women who have actually known me for awhile. One moved across the bar to sit with her husband. The other sat next to me.
We actually enjoyed a very pleasant conversation about her life and family but somewhere along the line I said something she found funny. She then shouted across the bar "He said...." Obviously, I could have slipped to the floor.
The two women were black. Is it OK to refer to them as "Negro" or "Colored"? NO it is not and two wrongs do not make a right.  I said nothing so the two of them weren't as wrong as I was by not to bringing  it up. I am NOT a he, she or an it.
What was proper? I went to the official "GLAAD" site to see what they had to say.
Their answer was a simple one. Use the name of the transgendered person or refer to he or she as the gender they are presenting in.
Simple to say, harder to do as not all people know my name. (The women didn't know the other night)
I felt ashamed that I failed a chance to stand up for myself and all of us that night. I became an instant hypocrite. Not a pleasant feeling!
On a whole different subject:
If you haven't heard of "Kate Bornstein", she went through SRS nearly twenty years ago and has been in the public eye ever sense.
In a recent interview she was asked again (I'm sure) how her parents accepted the gender change. She said her father passed away before the operation and it took awhile for her mother to come to terms with it. Why?
Her mother "was raised in a generation where women were judged by their proximity to men." For a woman whose sense of self worth was based on being Mrs Bornstein, having her husband and father die, and one of
her sons turn into a daughter was difficult.
I quickly wondered how my recent "proximity to men" has affected my self esteem? I definately know that my recent dates with guys have validated my years of trying to be a girl but did it go deeper? It did.
After my first date and I parted ways that night, I went back in for a "night cap". I really needed to think about what the last couple of hours meant. As I reentered, I did have a new assurance in my step. In the strictest of meanings, my proximity to a man did give me more worth as a girl.
I'm not sure the "feminists" of the world would agree but it sure worked for me!
at March 10, 2011 No comments: