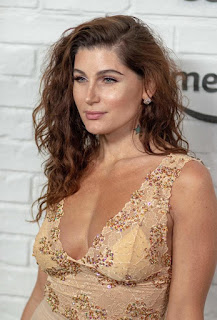 Every so often I overlook all the Hollywood glitz and glamour associated with many transgender models and celebrities and develop a secret crush. My latest trans crush is Trace Lysette:

Even though I had heard of Trace from her work on television, I didn't realize she is from Dayton, Ohio which is very close to my hometown of Springfield. 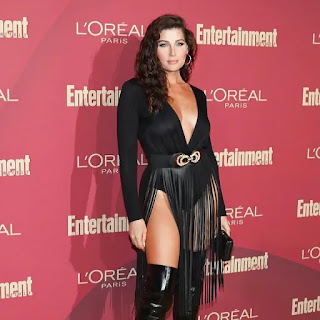 Not surprisingly, Trace went through more than a few troubling times to arrive where she is today. Including losing a job at Bloomingdale after she was denied using the women's restroom.

She underwent successful gender realignment surgery in Thailand and returned to New York to work as a dancer in Manhattan for nearly eight years.

Trace Lysette's big career breakthrough happened when she landed the role of "Shea", a transgender yoga teacher on the "Transparent" series. 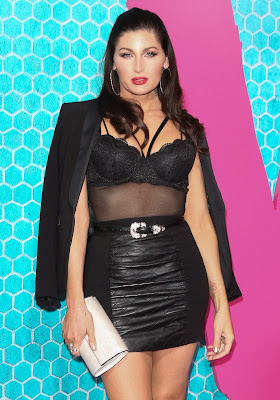 An Ohio native and mother of the ballroom scene's renowned house of Mizrahi, Trace Lysette is rising from her Midwestern background and career in the underground into a household name. Lysette appeared in Law & Order: Special Crimes Unit in 2013, but her star truly rose as Shea on Amazon’s Transparent. What was meant to be a guest appearance grew into a recurring guest role, thanks in no small part to Lysette’s undeniable talent on-screen.
at January 22, 2020 No comments: 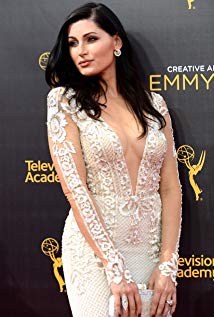 Trace Lysette posted nude for Women’s Health Naked Strength issue, which she described as an incredibly empowering experience given the pressures she faces as a transgender woman, according to an article dictated by the actress for Women’s Health.
In the photo, the Transparent actress posed nude against a tree with her side turned toward the camera. With one hand, she supported herself against the tree while the other rested on the knee of her bent leg, strategically covering her side breast. With the other leg stretched out behind her, the 31-year-old showed off her flawless figure and ample backside while gazing unsmiling at the camera. She wore her long, brown, curly hair loose and flowing down her back while her face was made up with subtle eye makeup and pink lips.
In the article, Trace also opened up about being trans. The Ohio native went on to say:
“As women, we are told not to show our bodies, and as trans people, we’ve been told not to exist. There is something so liberating and beautiful about being naked on your own terms.”
We all should be able to transition as well!!!
at August 12, 2019 No comments: