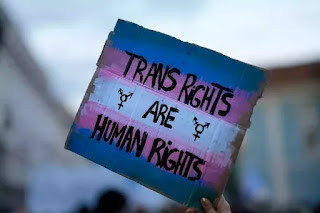 The Levels of Transition


Over the years I slowly came to the realization there were many levels of a gender transition. As I climbed walls during my journey, I was seemingly stuck forever in a gender maze. Often my frustration reached crisis levels as I tried to live as my authentic self. Every time I thought I had conquered a wall or turned a corner, another wall appeared. On the days when I was out exploring the world as my feminine self for the first time I thought I was looking my best only to have my walk or talk give me away. I even went as far as practicing my walk when I was cross dressed as a man late nights in big box stores. I am sure more than a couple store detectives were amused when and if they caught me on store cameras. It took me years to try to put my male past behind me and move forward.

Finally it occurred to me I was doing something all wrong. Through my gender haze I was neglecting to realize I was escaping one closet into another I would have to transition out of. This realization led me to the evening at a well known casual dining/bar venue when I decided I was going to try to blend in with the mall worker women who came in after their shifts. For the evening I chose my favorite outfit. A black pants suit which was dressy to a point without becoming overwhelming. I decided to wear my favorite matching black flats and shoulder length blond wig. Climbing this wall in flats was terrifying and I ended up sitting outside the venue for a half an hour before I gathered my courage to go in.

Once I was situated at the bar and was able to breathe again, I knew my life had changed and I could never go back to being a closeted cross dresser. I felt so natural! Plus more importantly I had the chance to climb my latest wall and see a portion of what could lie ahead in my life. In the dim distance I actually could see myself actually transitioning again into a transgender woman. The more I considered it, the more complex the idea became. At the time I was still married to my second wife who never approved of any idea of taking hormone replacement therapy and living more and more as a transgender woman. She said she never signed up to live with another woman. Of course there were many other problems to consider such as having a job and losing friends and family. All of these walls to climb became unbearable at times and I resorted to trying to bottle up all my emotions along with hitting the bottle (alcohol) way too much.

What happened was all of the sudden my life was to change drastically as I went into a very dark period. I was knocked for a loop when I lost three very close friends to cancer and my second wife to a heart attack. The only good thing that happened was all of a sudden the dark clouds parted and my path to transitioning to a transgender woman appeared. During this time was even when the Veterans Administration approved using HRT for gender dysphoric veterans. Since I was already in the VA health care system, taking advantage of the program wasn't too difficult and helped me to afford the treatment.

Years later after I transitioned into living a full time life as a transgender woman, I considered I would never  encounter many more walls to climb. But now I face the greatest transition of all. The final crossing from this life to whatever may or may not lie ahead. Plus what will happen to me during my final days if I end up in an assisted living facility or nursing home. These days I have steeled myself to jumping off that bridge when I come to it.

So all in all, transgender women and trans men don't have it so different than anyone else who lives a long life. There are built in transitions to consider. We trans and LGBTQ folk just have more to consider.

During Transgender Awareness Week it is important to note the basic differences we trans folk all bring to the table. From the outside looking in, I am certain most civilians think we are all the same. Persons who want to live as the opposite gender than they were born. The average person isn't sophisticated enough to see gender on the spectrum it is. In other words we all fit in somewhere between the two binary genders of male and female.

Recently I have been seeing more and more mostly younger people refer to themselves as gender fluid or even non binary. When I do see either of the gender comments I equate them to myself. Even to the point of wondering how a gender fluid idea would have affected me in my formative years before the internet and social media became such powerful forces. A gender fluid idea would have certainly simplified everything I was going through with my gender dysphoria when I was growing up wondering what gender I wanted to be that day.

Finally the transgender term became the catch term I grabbed onto as being the closest descriptor to what I felt about life. What could be easier than thinking yes I was transitioning from male to female so I was transgender. On my path however there were still many days when I still wanted to cling to my old male life I worked so hard to establish. They were the confusing days when I was having a difficult time deciding if moving forward to a feminine or transgender lifestyle was the proper way to go. None of this major confusion could be understood by the public when I couldn't understand it myself on many days.

Currently I think I do quite a bit to promote transgender awareness whenever I go out.  Even though I do the best I can to present to blend in with the other women I encounter, I am sure more than a few of the public think there is something wrong with the gender picture they are dealing with. Thoughts of not being accepted used to bother me until I came up with my own little formula to deal with it. I learned the hard way most people are in their little worlds and don't care to be bothered with mine. Then there are the slim few who vaguely recognize something may be out of sorts with the way I look but keep on going anyhow. Finally there are the even slimmer portion of the public who want to make a big deal out of encountering a transgender person. At this point transgender awareness really comes into play.

In many ways I feel transgender awareness is needed in the worst way. The more visible we as a community become, the more political power we have. An example is here in Ohio where the organization "Trans-Ohio" as well as others have turned out in force to at least postpone efforts to try to oppress transgender care for youthful Ohioans. In a state dominated by Republican politicians, every little bit helps. In addition to adding my voice by calling the committee chairperson in the state capital of Columbus, I will be wearing my transgender hair barret to family functions coming up.

Speaking of coming up, TDOR is fast approaching which is the Transgender Day of Remembrance. Sadly at least thirty two trans people have lost their lives this year to senseless violence. So it pays to be careful if you are out and transgender.

In the meantime, even if you are still in the closet, hopefully someday you will be able to swing the door open and enjoy the nicer more welcoming world to the transgender LGBTQ community. Even if we have to force the door open.