Another of the misconceptions some have of the HRT process is how fast the process happens. Of course the progress can vary depending how much estrogen your doctor prescribes but for me, the process of "settling" into the changes took around three years. Remember too, certain changes (such as breast size) are genetically controlled and can't be helped along by extra estrogen.

In the meantime, I went the legal route to get all my gender markers changed that I could in Ohio. Actually, except for birth certificate most of the documents were relatively easy to change. The State of Ohio still refuses to change genders on birth certificates.

I began my taking my maternal grandfather's very androgynous name and then adding my Mom's first name as my middle name. Even though she recommended "electro shock" therapy to me when I tried to come out to her, I still believe she would come around to my side the fastest. If not, she is now doing somersaults in her grave!

The name change itself was simple enough. Slap down about one hundred dollars for the courts to run a classified in the paper and for them to add on their court costs- and as easy as that the old me (name) was gone. From there I got my new name on my Social Security which wasn't much of a problem either because they operate on your number of course. Name was changed from there but the gender stayed the same.

As soon as I got my new Social Security Card in the mail, I took it to the Driver's License Bureau and received (paid for) a new license. Easy.

Then I took on the VA since I am/was transgender veteran receiving co-pay health benefits. As slow as the Veterans Administration is known to move, within a couple months  I had a bright shiny new I.D. Card with "F" written on it.

So (since I didn't really need a passport), I had taken care of all the basics I could to wipe out the old legal me and start a new transgender life as a woman under the eyes of the law.

Ker Plunk! Another special virtual edition is hitting your front porch! It's a beautiful day around here, sunny and highs expected in the low 80's. The "Joe" (coffee) is brewing, so are the ideas. Let's get started!

Page One-the Week that Was-or Wasn't:  Around the Condo we evoked quite a bit of response from our discussion about transgender senior health care. The post was called "Headed for the Nursing Home Closet?"  I urge you to go back to the post and check out two comments by Paula and Connie. Paula's represents a very positive look at a friend's passing days. Connie's - not so much. Overall, I share a boatload of paranoia about reaching that point in my life.

Along the way, we also covered (or tried to) the complex world of "gender markers" As all of you who are attempting or completed the process know, the problem is on the local level, each state often is different with certain requirements. An example is, I still can't get the gender changed on my birth certificate here in Ohio and I have the Veteran's Administration to factor in. Fortunately, there is a central information point from The National Center for Transgender Equality (NCTE) where you can take a look at the process.  I have often said the legal gender transition is as difficult as the physical one.

Page Two-Stand Up and Be counted! The US Trans Survey is going on now. Of course I don't think I need to tell you how important this survey is. It's a chance to step up and tell the world how numerous we really are and so much more than all the glossy television media time transgender women and men are getting right now.

Page Three-Opinion-Privilege is What You Make it: I believe some of the first big "wars" on the internet I read when I began my "explorations" years ago were waged on "gender privilege." Of course I knew generics made less money, had certain promotional "glass ceilings" and were generally disrespected by men in certain area's of their life. However, I knew  the cost of "male privilege" also. It's a huge, complex and often an emotional issue I found-an easy one to stay the hell out of. I did, for the most part, think being trans was an ideal spot to sit back and watch the battles.

Page Four-The Back Page: Well kids, it's time to get the old dog and I moving and get outside and enjoy the day. For those of you in the Pacific Northwest, I am sending positive vibes your way-put the fires out!!! And, for the rest of you, thanks for taking your time to stop by Cyrsti's Condo!
at August 23, 2015 No comments:

What's Wrong with those "Aussie's?" 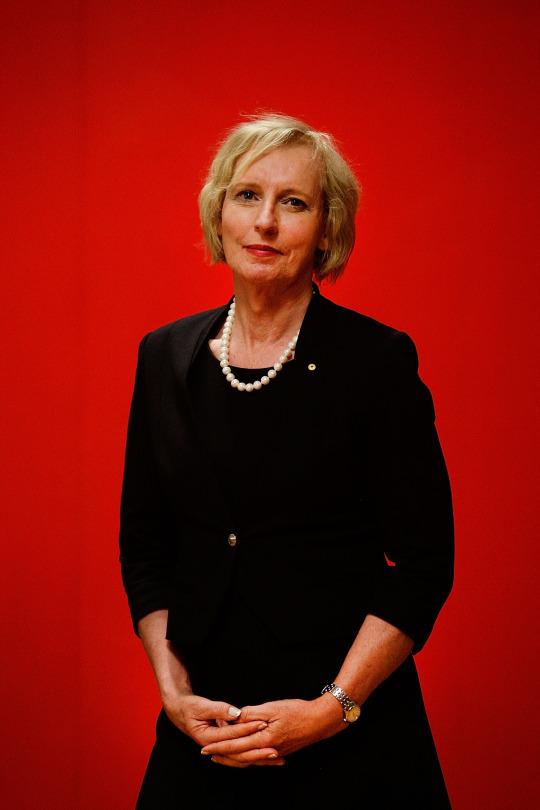 Catherine McGregor transitioned from male to female in 2012. (Photo: Lisa Maree Williams/Getty Images)
"Australian military officer Catherine McGregor, considered the most prominent transgender woman in Australia, functioned as a male until just after her 56th birthday, she shared in a speech at a National Press Club event in Canberra, Australia this week.
“I choose the term ‘functioned’ advisedly, because my relationship to my birth gender was fraught from a very young age,” McGregor, who is a group captain in the RAAF Reserve, said during her speech, reported Buzzfeed.
For people who are transgender, there is a difference between that person’s physical gender and the gender he or she actually identifies with. Gender dysphoria is a diagnosis included in the Diagnostic and Statistical Manual of Mental Disorders, which says, “for a person to be diagnosed with gender dysphoria, there must be a marked difference between the individual’s expressed/experienced gender and the gender others would assign him or her, and it must continue for at least six months.”
It can be hard to describe what it’s like to actually live with gender dysphoria (“Grammar fails to express" what it’s like to live with it, McGregor said). The writer of the Tarnished Sophia blog, who says in her “About Me” section that she has gender dysphoria, explains that it’s like being ready and comfortable with playing Romeo, and then on opening night being told you must play Juliet. “You haven’t played this part before, you don’t know the lines, the costume doesn’t fit at all, and you feel no connection to this character whatsoever. You don’t understand what her motivations are, and the director can’t explain them in a way that makes any sense to you.”
McGregor said in her speech that before she transitioned from male to female in 2012, her inner conflict was unbearable. “I suffered from it acutely and consciously at intervals over the course of my entire life,” she said in her speech. “I now believe my entire life was spent repressing and compensating for my gender variance.” '
Go here for more!
Don't the Australian's know how damaging an active transgender military person can be?
Of course you Cyrsti's Condo regulars know I am a trans vet and I feel the continuing discrimination against trans military members is the height of hypocrisy.

Kerplunk! A sunny spring edition of our Sunday Edition has hit your virtual front porch. Let's get our "cup o joe" and get started.
Page One.- The Week that was-or Wasn't:  Here in the Condo, I tried to put together a couple of the main surprises I am realizing currently during my Mtf gender transition. Cutting to the chase for this edition , my biggest surprise is I am so alive, at this age and doing this at all. I never have been really shy about not being quiet when I am right and I was so completely right about all of this. Also this week, I received a call from a dear friend who reminded me none of us have anything without our health. She is entering a very serious but treatable health condition.  Bobbie, may you live longer and prosper more than in all your dreams!

Page Two.- The Jazz Goes ON:  It was announced the 14 year old transgender teen Jazz Jennings will be one of the new faces of Clean & Clear's "See The Real Me" ad campaign, which features a social media push that asks people to use the #See the Real Me hashtag to pass along their stories. Jazz had a big week as in addition to the launch of her Clean & Clear campaign, it was also revealed that she will star in an 11 part TLC series.  Follow this link for the entire story from the Huffington Post.
As wonderful as it has been to watch a young transgender girl grow into a teen in front of our eyes, can't wait for the day to come when talent over trans equals success!
Page Three.- Some of My Best Friends are Trans?  Just when you read and feel so good about the success of a transgender person such as Jazz Jennings, then come all the stories of bigotry and hate. Of course, on occasion I write about them too. As I transition these days, with my ever expanding presence in the world, I do wonder about a person here and there who may be nice to me to my face. (Even to the point of patronizing me.) Then wonder if those are the very generics who would protest my use of the women's restroom that same night?  Don't know and it could be years of paranoia working on me. At this point in time though, it still seems to me that unless you possess the right amount of "passing privilege" or born into the right family as a trans youth, a long road is still ahead.
Page Four.- St Patty In Boston.- Finally, we go back to Boston for this story (again) from the Huffington Post:    Boston Pride, an LGBT rights group, said this week organizers had accepted its application to participate in this year's march through the Irish bastion of South Boston.

The rights group will join OutVets, representing gay veterans (and trans vets), in bringing an end to two decades of debate over the issue. Organizers had insisted that homosexuality conflicted with Catholic doctrine, but the ban ran counter to the liberal mores that prevail in Massachusetts, the first state in the nation to legalize same-sex marriage.  Another one bites the dust! And, speaking of "dust", it's time to go outside where we have discovered dirt, dust and other less desirableness as all our snow is gone!  You all have a great week!!!
at March 15, 2015 No comments: