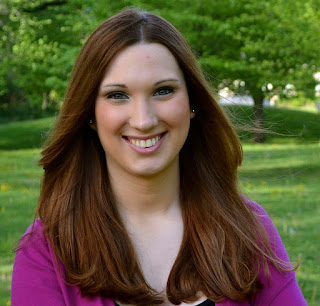 A former White House intern (above) who previously made history by becoming the first transgender speaker at a major political party's presidential convention when she spoke at the 2016 Democratic National Convention is once again blazing a new trail for equality.

Sarah McBride was sworn in on Tuesday to the Delaware State Senate, becoming the highest-ranking elected official in the United States. At least four others have been elected state representatives in state legislatures, but McBride is the first state senator.

"It's certainly been a whirlwind," McBride told NBC10's @Issue shortly after her election victory in November. "But I'm excited to get to work. It's been wonderful hearing from so many neighbors, so many Delawareans, who are excited about the prospects for progress before us.

From Washington (CNN)"Transgender activist Sarah McBride announced Tuesday that she's running for a Senate seat in her home state of Delaware.
McBride, 28, would become the first transgender person elected to a state senate if chosen to represent Delaware's 1st District. McBride made waves at the Democratic National Convention in 2016 as the first transgender person to speak at a major party convention.
McBride said that her campaign won't center on her identity, but instead hinge on expanding affordable health care and reforming the state's criminal justice system.
"A lot of people know me because of my advocacy in the LGBTQ community, but I want to be clear that that has not been my most formative experience," McBride told CNN on Tuesday.
McBride said the experience of caring for her late husband through a battle with cancer shaped her focus on health care, particularly her charge to increase access to paid family medical leave.
"I don't want anyone to go through that experience, but I also know that thousands of people are going through it every day," McBride said."
Good luck Sarah!
at July 12, 2019 No comments:

The Human Rights Campaign is marking Transgender Awareness Week with the launch of a coalition of parent-advocates and new anti-bullying efforts aimed at educators. And in both of these big projects, HRC has put forward its stunning and eloquent National Press Secretary, Sarah McBride.
McBride, 26, was the first out transgender American to address a national political convention earlier this year and as the spokeswoman of the nation’s largest LGBTQ rights group, has become its new face to the public, especially since the election of Donald Trump.

"There’s no question a lot of transgender students and their parents woke up Wednesday morning really scared,” McBride told the Associated Press on Sunday, speaking for HRC. “I’m feeling the way a lot of folks are feeling — worried that the heart of this country isn’t big enough to love us, too.”
On HRCs Facebook page, McBride appears in a video aimed at “combatting bullying and continuing the fight toward equality until we are all treated with the dignity and respect we deserve.”

To find out more about HRC’s new Parents for Transgender Equality Council, click here, and to see the training film addressing bullying of LGBTQ children, click here to watch, “What Can We Do?
at November 16, 2016 No comments: 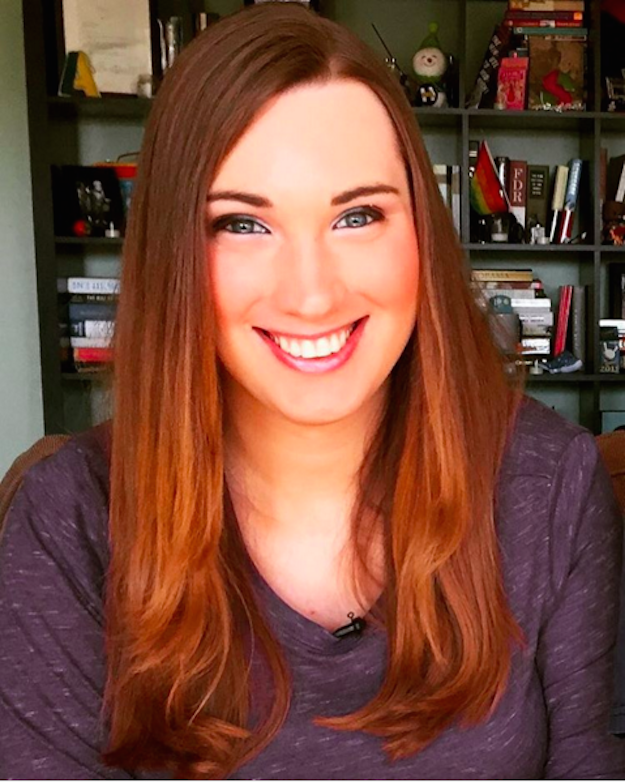 PHILADELPHIA, July 28 (UPI) -- Sarah McBride on Thursday became the first transgender person to address a major American political party's convention, where she told fellow Democrats that Hillary Clinton will work to ensure greater protections for the LGBTQ community.
Plus, Sarah was not the only transgender representative at this years Democratic National Convention.

The future is bright if the trans community stands together and is vigilant.
at July 29, 2016 No comments:

As 2013 comes quickly to an end, it's time to take a look at a couple very positive transgender achievements. One in this post and more to come in others.

The first comes from WAMU 88.5 who has taken a look at Sarah McBride's life a year after she came out as transgender:

There was a time in the not-so-distant past when Sarah McBride believed she had to choose between her dreams and her identity. But nearly two years after coming out as transgender, she not only continues to pursue her goal of working in politics, but she's also achieving it.


The last time Metro Connection interviewed McBride, she had recently come out in a very public manner. After wrapping up her term as American University's student body president, the rising senior wrote an Op-Ed in The Eagle, her school's student-run newspaper. The piece was entitled "The Real Me," and in it McBride, who at that point was still known as "Tim," announced to the AU population what she had kept a secret for years: she's a woman. In the article, she explains that she'd spent years thinking she had to choose between her identity and her dream of being a politician. She rationalized that if she could make life fairer for other people, then the work would be fulfilling enough to overshadow her own internal struggles.

"I told myself that if I could make 'Tim' worthwhile for other people by changing the world, that being 'Tim' would be worthwhile," she wrote.

I wrote here in Cyrsti's Condo at the time how encouraging it was to see young transgender women and men not running for the stealth closet and making a difference! Read more about Sarah here.

Please note a correction in a past post Transgender and Political  from November 8, 2012. It concerned Sarah McBride at American University who had stepped down as student government president. I gave the wrong impression she resigned when in fact her term was over.

Sorry Sarah and thanks for the correction!
at June 21, 2013 No comments:

Following the election a few stories of transgender success at the polls have come to the surface.
However, we have seen enough stories to give us hope for the future. The unthinkable "too good be true" for many of us may not be.  We can indeed make a difference as an active transgender public servant.
Obviously though, the journey is just beginning.
The future of course is with our trans youth. In that spirit I am reposting the story of Sarah McBride from this spring,

Until last week, American University students knew their student government president Sarah McBride as Tim McBride. But on the night of April 30, McBride stepped down from office, and into a largely welcoming university community that embraced her decision to come out as a transgender woman after struggling with her gender identity for 21 years.

At the time, Sarah stepped down as the student president citing conflicts between her identity and being president.

Hopefully, the future will not make being transgender an issue!
at November 08, 2012 No comments:

It almost seemed Wednesday was information overload day around here.
Of course the biggest news was President Obama's support of same sex marriage. Many suspected he would go that direction, but of course not until after the election. It's easy to put a lot into this proclamation. Of course it's huge when a US President comes out in support of gay marriage but that doesn't mean the gay population of America will be able to go out and get legally married anywhere this weekend. Plus (being selfish) what does it mean for the transgender community? Again a lot. If a trans woman or a trans man wants to marry a same gendered person, then the possibilities should become easier.
I am not going to get into politics or the future here. I'm not worthy! At the least I would think even the strongest naysayers in our world would not down play the President's statement.

On we go to the music world. Yesterday the story exploded (Rolling Stone) about "Against Me's" lead singer "Tom Gabel" coming out as transgender or transsexual. Not being the current music critic, I did a little more reading and found "Against Me's" music  is very aggressive and Gabel's voice was so deep and raw and all things associated with masculinty. . (Not a huge surprise to many of us who went through the same phase). Seemingly, most of their fans are angry teenage boys. Maybe that's why they are angry?

Then (lost in the shuffle) was "Sarah McBride".
Here's the headline from "The Eagle": After years of struggling with gender identity, AU student president
comes out as transgender to supportive campus.
It's important to note Sarah is also the outgoing student government president at "American University" who started her term as "Tim".
Of more importance is "Mara Keising's" description of Sarah:
Keisling,  is the executive director
of the D.C.-based National Center for Transgender Equality
<http://transequality.org/>  (NCTE) and said "Sarah is remarkable,'' says Keisling. ''She already has quite an
amazing political résumé. She's just going to be a really important,
amazing, significant and visible trans person, I'm convinced. She's
smart, amazing and committed to public service. I think that's why
she's been willing to be visibly out."

Quote of the Day