I was going to be lazy today and simply reuse one of my former Mother's Day posts. Then I began to consider how my thoughts about my Mom have changed over the years. 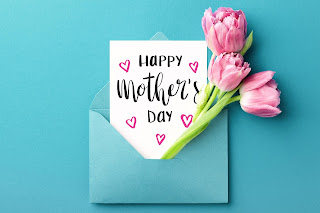 As I grew up, I did have a vague understanding of the difficult journey my Mom went through before she finally was successful in birthing me. She went through three still births that I know of before I came along. It turned out I was the first of two boys as my brother was born two years later.

As the years went by, it was increasingly obvious I not only resembled my Mom, we had the same personalities.

None of this meant I was ever allowed to show any sort of a feminine side with her. I had to be a study from afar when it came to secretly watching her put make up on all the way to her mannerisms.

It took me a long time to attempt to come out to my Mom. For some unknown reason I was able to successfully hide my stash of girls clothes and makeup I had acquired over the years from her. Or, as I have considered also she had decided to ignore my desire to dress as a girl simply as a phase. Of course we all know it all turned out to be much more than a phase, it turned out to be my life.

It took me until my Army days to begin to accept my authentic transgender self. In fact, way before there was even a term for it. In those days, I referred to myself as a transvestite and became brave enough to come out to a small group of very close friends following a Halloween party when I showed up as a woman. It was such an enlightening experience for me that I ignored the potential disaster which could have come to me if my superiors had found out.

The whole process emboldened me to come out to my Mom once I was discharged from the military. One night after a hard evening of partying she was still up when I returned home. All too soon the topic somehow turned to my time in the service. Before long I told her the truth, I was a transvestite and I had felt so much better. The entire process was similar to a huge weight being taken off my shoulders. Somehow I was naïve and expected the same result from her.

What I received in return was she was in shock and disapproved to the point she offered to put me through therapy. Electro shock as I remember. Of course I not so politely refused and the topic was never brought up again the rest of her life.

I used to deeply resent her for her feelings but over the years I have mellowed after I considered the sacrifices she went through to bring me into the world. Age also helped me to understand many topics we clashed about were simply because we were so similar. Along the way she taught me important lessons such as determination and reliability.

When I set out to legally change my name, I decided to adopt her name as my new middle name not so much to honor her but to show her in the end I had won my battle to live a feminine life as a full time transgender woman.  Now I feel even that idea has changed.

I'm glad I adopted her name now and view the whole process as honoring her. Thanks Mom! Of course she has long since passed on, so this is the best I can do. I hope your Mom is still with you and accepts your reality.