What's all the "Bralalalala" all about? 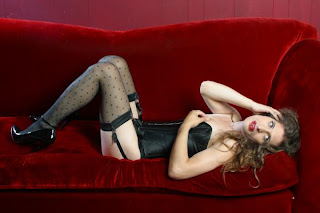 From her "Bio"...'Bralalalala is a widely acknowledged talented rock singer and songwriter first and foremost. However, the fact she has lived as a transgender/crossdress/TS/TV whatever her whole life has uprooted her from society and family. Bralalalala's wealthy family has refused to see her since she was in college as a result of her beauty harming their eyes. Bralalalala appeared on national television ABC in 2000, termed a "rock star" on ABC's "Moral Court," yet was told "he" had no business to not expect to be faced with discrimination for being trans DESPITE having musical talent galore.'
I found her to be interesting in that I had never heard of her over the years and the "Bralalalala" site reads like a third party Hollywood bio!
Email Post
Labels: cyrsti hart trans girls TRANSDESANCE transgender blog transgender daze transgendered blog