I guess it my be true, if you wait just a little longer for the VA to grease it's squeaky wheel and approve my name change  will it be worth it?

Today it did just that and it was. But, it was too cold to do my happy dance naked in the middle of the street.

So now my legal name is legal within the system. Now I have to replace my Goddess Awful Veteran's Administration I.D. card and I am free of my old self.

It Was Only a Dream

Years ago, I used to wake up broken hearted from a reoccurring dream of being a girl.

Then, as I began to advance through life and became more knowledgeable in the look or looks I was trying to achieve-and the more I began to go out- my dreams followed the process.

In my dreams, I was the prettiest or at the least most convincing girl in the room. Reality to say the least wasn't pleasant. So, in it's place-day dreaming took over.

I have always wondered how much of my life I essentially wasted in the day dream mode. How would have things been different? Who knows, can't cry over spilled hormones and I am not.

These days, interesting enough though, my dreams are going a different direction. Or not.

I'm dreaming about coming out as transgender to people. Or appearing to get my gender marker's changed-or whatever.

Except, I think I would look good in that brand new Porsche of my dreams!
at January 26, 2016 No comments:

Halloween continues to sneak up on us and here is a place for you to look for unique costume ideas.
It's called Etsy I'm passing along a plus sized costume section here.

On cable or satellite television: 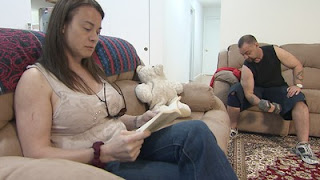 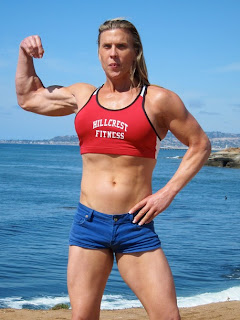 Coming up this weekend in my part of the world, The National Geographic Channel is promoting a Transgender Episode on it's Taboo Series this weekend. It's called Changing Genders and to be truthful with you seems to be a bit on the sensational side. The couple above are a trans man and trans woman which is innocent enough.  BUT!
Another featured person on the show is Chris Tina, a trans body builder pictured above. Good for her to pursue her dream-bad for us to have her representing the rest of us in anyway. Another part of the preview I saw (which I hope I'm over reacting to) was a rather drag queen looking person or persons. Who we know aren't interested in changing genders at all.