Trend setting young transgender woman Jazz Jennings has always been in the fore front when it comes to publicizing her own life. Her most recent landmark came when she went under the knife and completed genital realignment surgery. 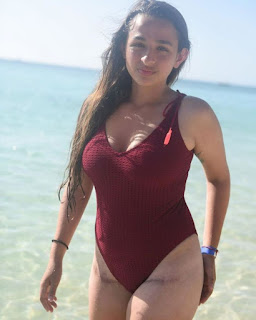 The picture of her in a swimming suit dramatically shows the extent of the surgery.

This is just another instance of how Jazz has stepped up and showed the world yet another slice of transgender life!

Plus, another very accomplished and talented transgender woman is appearing in another very visible television role...Laverne Cox is a judge on the Bravo TV's design show Project Runway.

As always, Laverne is an articulate, gorgeous representative of the trans culture. 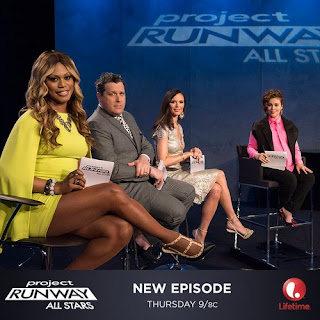 Before you head off thinking all I am doing is glorifying the very attractive upper portion of our culture, I am not. The greatest majority of us struggle to achieve our own level of femininity at all.

My only point is to show those who have achieved it and put their efforts to good use!
at January 03, 2020 No comments: 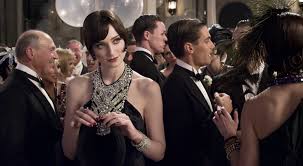 I have mentioned here in Cyrsti's Condo several of the key moments when I knew this transgender deal was the real thing. Here is one:

I was bored one night a couple of years ago and was innocently surfing through the 900 channels I have on satellite television and settled on one obscure movie for a reason I can't recall.

Turns out the movie was some sort of "chick flick" .  For reasons I truly can't explain I actually started to become interested and more amazingly I was watching it from a feminine perspective -  Subconsciously.  In no way did I set out to watch this movie thinking if I do this, I will be more of a girl.

Being the genius that I am, I learned from the experience and began to search the room so to speak when I watched a movie. Which female lead do I identify with, envious of or just admire.

In a recent post I told you I went to see the 2013 version of the The Great Gatsby.  Of course the period costumes and scenery were just fabulous but the woman I locked into was Jordan (above). I just loved her look and the ability to play the perimeter.  She was part of the inner plot and drama but was good enough to stay just out of reach of it and not get burned. Plus her non verbal eye communication was classic female.

It turns our this new toy of my transgender transition has proven to be more enlightening and enjoyable than I ever would have expected.

Now where is my movie critic show on Bravo TV?

Catering for a Queen

The Bravo Television Network has a show built around a young cater called Chef Roble. I always have liked the show because it portrays the trials and tribulations of catering on any level. 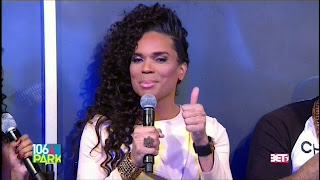 If you have chance check out this episode called "Too Hot to Handle" as Chef Roblé takes a bigger bite than he can chew off when he caters a party with an androgynous-themed menu for Internet celebrity, B. Scott. (right)
at June 30, 2013 No comments:

Catering for a Queen 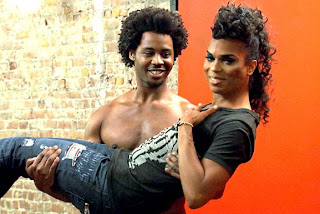 The Bravo television network has a show which features a caterer extrodinare called Chef Roble and Co. Season two-episode two was called "Too Hot to Handle"

I was already a fan of Roble's because of the catering background I had during my food service days but this show was extra fun.

Roble catered for the queen  B.Scott the androgynous Internet celebrity,  (right) who among other things wanted androgynous food.

I'm not going to spoil the show for you except to say the event was over the top! (Of course it was!)

For a look, go here.