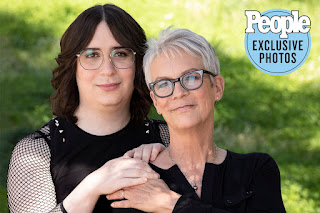 Ruby had something to tell them. She was going to come out as trans. But she wasn't able to.

"It was scary — just the sheer fact of telling them something about me they didn't know," Ruby tells PEOPLE, sitting down in their living room last week. "It was intimidating — but I wasn't worried. They had been so accepting of me my entire life."

So Ruby left, and then texted her mother. Remembers Jamie Lee: "I called her immediately. Needless to say there were some tears involved."