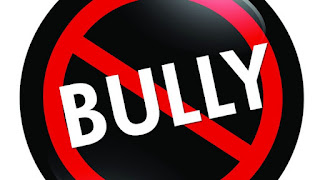 Recently, Mark sent in this comment: "Very very AMAZING..LADY .very well done for talking about this ,my parents lived in Germany for 6 years detmauld ..WHAT bullyingly HAVE you had ..HOW DID You cope/what happened .MARK.X"

Thank you Mark for such an in depth question.

First of all, I grew up in a small semi rural area of Ohio in the 1950's and early 1960's. Nearly the entire class of the school I attended knew each other from first through the ninth grades. It all made for rigid social lines being drawn. For example, there were the jocks, hell raisers, socializers etc.

Around the time the 7th grade rolled around, I knew I had to make a serious decision concerning which social set I was going to try to join. As you probably noticed, there were no categories for novice cross dressers. As far as I was concerned, I was the only cross dresser I knew. To be sure also, to be labeled a wanna be girl, I would be labeled as a sissy too. Also I expected no support from my patriarchal, conservative family.

I was also painfully shy, so being accepted as a school socialite would be difficult too. I was left with two possible circles, the jocks or the hell raisers. Furthermore, I always had an interest in sports even though I lacked in the skill department. So I chose a few nearby friends who shared the same interests.

By taking these steps, I was able to insulate myself from the threat of bullying. In effect I befriended most of the people most likely to come after me. As all of this was going on too, I had to be very careful not to have my younger brother catch me dressed as a girl when our parents weren't home. I had many close calls over the years when I had to lock myself in the bathroom and rapidly wipe off makeup I had just applied.

All of this carried me into high school. I transferred from a very small
middle school to a large high school, so in many cases I had to start all over again. This time though, the emphasis shifted to academics as I needed to be accepted to an university after high school. The alternative was the military because of the draft.

By this time in high school,  I had perfected the art of staying invisible. My only social attempts came at the school's junior prom when I was essentially set up with a date. Then I met and dated a girl from the school across town and went to the senior prom with her.

Through it all Mark, I can't begin to tell you the time and energy I wasted hiding my true gender identity. I didn't want to be with a girl sexually, I wanted to be her. If I hadn't waited for the years to go by to realize all of this, perhaps life would have been easier, Then again, I took the only path I knew.

Through it all, I was able to dodge much of the bullying I would have been tortured with but I know too I was luckier than most. I also had to resort to hyper masculinity to survive. Which was not my ideal way to exist but it worked.

Thanks again for the question Mark, hope I answered it.