With 100 percent of precincts in the 13th District reporting, Roem defeated Marshall by a 54-45 percent margin. 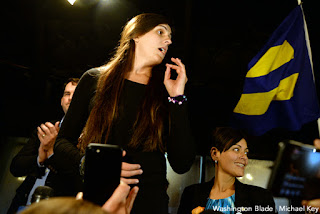 Roem, a former journalist, will become the first openly transgender person seated in any state legislature in the country once she is sworn into the Virginia House of Delegates in January.
Althea Garrison in 1992 became the first trans person elected to a state legislature in the U.S. when she won a seat in the Massachusetts House of Representatives, but she did not publicly discuss her gender identity during the campaign. Stacie Laughton in 2012 became the first openly trans person elected to a state legislature when she won a seat in the New Hampshire House of Representatives, but she later ended her bid to sit in the chamber after convictions for credit card and identity fraud became public.
Andrea Jenkins, who is a trans woman of color, on Tuesday was elected to the Minneapolis City Council."
Jenkin's (who I have had the pleasure to see speak) Is a very accomplished author, play wright and activst.  Jenkins most recently was awarded a Bush Fellowship as well as a Fellowship in the Cultural Community Leadership Institute at Intermedia Arts and was named a fellow in the Many Voices Fellowship at the Playwrights Center, according to the Gay & Lesbian Victory Fund. 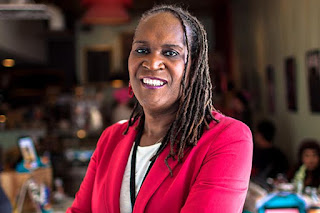