It's All in the Eyes?

Continuing on my last post about those pesky lesbians jamming my "trans-dar"- I brought up the question, "How does one know the difference when a lesbian does cross the border into transgender territory. Well, of course, one normally doesn't but of course I have formed a few opinions the hard way.

First of all, I am not the definitive resource on lesbians but have found out a number of factoids over the last few years. First of all, they are very possessive within their culture.  I have be invited to several lesbian "mixers" with friends over the years.  One of the first lessons I learned was, if my friend's perceived a woman they were interested in had a partner there-that was it. Look but don't touch. 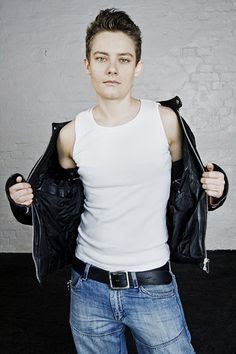 Of course, after I calmed down about being there at all, I became interested about how I was perceived. I took for granted, that for the most part, all of the "mixers" knew I was transgender.  Truly, I never had to worry.  No one was mean, most ignored me but then again a few did approached me.  Once I was even asked if "I belonged to my friend I as with."  So I never did really encounter the "Terf" hate from radical lesbians which is so prominently written about-there.

Possibly, I did though on two other occasions from two butch's who jammed my "trans-dar."  One came from the eyes of the woman I told you about in the last post with her husband and the other, from a very, very, very, butch in a gay venue I go to. As I was talking to her partner one night.   If looks could kill, I would have been a goner-twice!So, I assume even though both looked as if they could be transitioning, they weren't.

Now, if you switch gears to the transgender men I know, and the few I have met-their eyes are softer.  So for some reason, I don't threaten them.  The ironic part is, if I hadn't been told ahead of time, I wouldn't have known at all they were trans men.

What's happening here? Has the introduction of mean old testosterone into the Ftm men's lives helped to mold a kinder, multi layered man?  After all, we are so quick to toot our own horns about being some sort of "hybrid" gender, perhaps the Ftm's are more so? Even the trans men at the symposium I went to said not being raised in similar strict rigid gender boxes the boys were subjected to, helped them later to transition.