On the heels of the huge "Glee" episode we featured when they added a real live transgendered character. Not a gay or a lesbian character-a transgender character. For once we get separation from the other two. 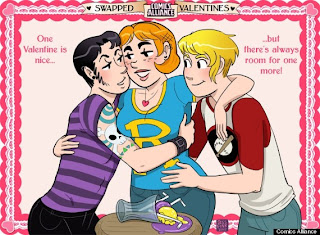 Now Archie Comics has announced that Issue #636, which is scheduled for release on August 22, will focus on issues related to gender and perceived gender roles by featuring gender-swapped versions of the three main characters.
In "The Great Switcheroo," Archie, Betty and Veronica will become Archina, Billy and Ronnie thanks to a magical spell cast by two special visitors to Riverdale -- Sabrina the Teenage Witch and her cat Salem.

I picked up this story from the "Huffington Post"
Check the story for a couple more very interesting links plus I'm going to post a couple other illustrations here (in the "Gallery") and on "Trannsnation"! 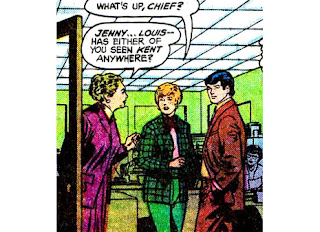