The television drama "Pose" has been around for awhile now. In fact it just premiered it's third season.

Here is a look at the show from Google :

"Set in the 1980s, `Pose' is a dance musical that explores the juxtaposition of several segments of life and society in New York: the ball culture world, the rise of the luxury Trump-era universe, and the downtown social and literary scene. Blanca forms a `house', a self-selected family that provides 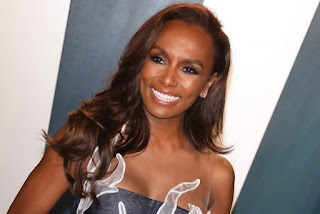 support to LGBTQ youth who have been rejected by their birth families. Damon is a dancer who joins Blanca's house. Together, they compete in the balls -- where house members challenge each other in various categories and are judged on their outfits, attitude, or dance skills -- against Blanca's former house mother, Elektra. Pray Tell is Godfather to the children who compete in the balls. Angel is a streetwalker who develops feelings for a new client, Stan, who has a loving wife, Patty. James Van Der Beek co-stars as Stan's boss, " 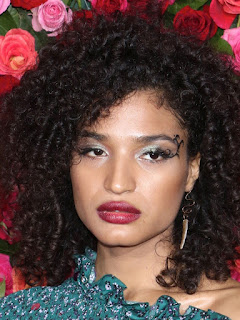 Of interest to us is the fact the show is produced by transgender icon "Janet Mock" (above right) and features several transgender actors.

I watched it for the first time recently and was fascinated. Even by the reproductions of the New York drag balls. I have never been to anything close to a drag ball but have been to several fairly good sized parties which featured many drag queens. I remember the energy was palpable.

One of my favorite characters is played by Indya Moore (right) who identifies as transgender and non binary. Preferred pronouns are "she/her" and "they/them".

The show is on Sunday nights at 10pm EDT around here and airs on the "FX" network. I'm sure it's available on a streaming service too. 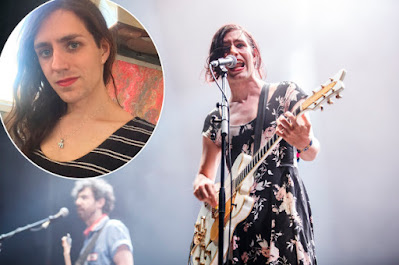 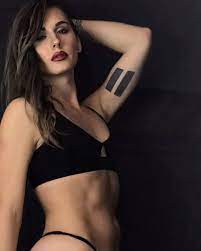 Rosalynne Montoya — who goes by Rose — is an Arizona-based, Hispanic, bisexual, non-binary transgender woman.
at March 29, 2021 No comments:

Have You Seen "Big Sky?"

"As a rising nonbinary and transgender actor, Jesse James Keitel was hesitant to audition for the role of Jerrie on ABC’s “Big Sky.”

Keitel, who uses she/her and they/them pronouns, felt there was something “murky” about the inconsistent character breakdown that cast doubt on the show’s ability to properly represent a transgender character. After landing the role, Keitel — the first nonbinary series regular on primetime television — was able to sit down with the writers and producers to craft the character into something that was much more representative of the contemporary queer experience.

On the new procedural drama from creator and executive producer David E. Kelley — about two private detectives (Kylie Bunbury, Ryan Phillippe) and an ex-cop (Katheryn Winnick) who team up to solve a kidnapping case in Montana — Keitel portrays Jerrie Kennedy, a transfeminine, nonbinary musician and sex worker abducted at a rest stop by truck driver Ronald Pergman (Brian Geraghty) for a potential sex trafficking ring. Keitel said they have been able to bring their own lived experiences to Jerrie throughout the season to rebuild the character’s appearance from the ground up."

There is more here as well as a picture below. 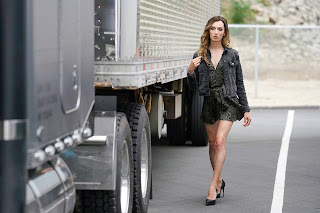