My first real makeover certainly wasn't as dramatic as the previous post by Adrian Acosta but at the least, something I can identify with.

Some time ago I have related this story in Cyrsti's Condo but it fits again now.

As I was really getting out of the closet and going to cross dressing meetings in both Cleveland and Columbus, one of the meetings offered free makeovers by a guy.  At the time, I thought my "look" was about the best I could manage.  For the most part, I was still experimenting with a bewildering array of make up products, shades and colors.  In addition, I never had the money or the courage to take advantage of one of the make up "pros" at one of the local department store makeup counters. (Remember, this was in the early 1980's.) That evening, the thought of having a man do my makeup almost sent me running but I hitched up my big girl panties, took off all my makeup and sat down. 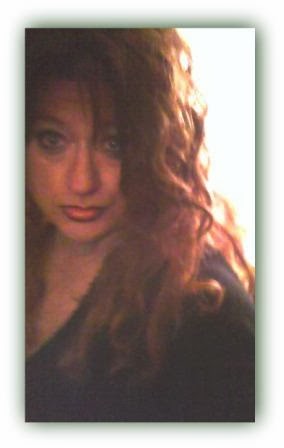 He did wonders.  There is a school of thought that a male makeup artist can do better with a male face because he has experience with them and understands the nuances of beard covering etc. I don't know about any of that but when he finished with me I was nearly speechless- which is almost as rare as embarrassing me. Not only did I think I looked great, I received all sorts of compliments from the group. Even the "A-list" snooty cross dressers were impressed and I received a rare invitation to go with them later on in the evening. The "take this bitches" moment came when it was me who attracted the undivided attention of a man in one of the venues we went to.I've added the "red" picture to my left because that wig is similar to the one I was wearing that night.


However, as the bewitching hour approached, "Cyrstirella" had to return to her reality and go home to a male existence which she was never sure of.

Sure experiences such as the make up night provide all kinds of great memories, then again, there were huge learning moments I missed, which turned into major dark episodes of my life.

I picked this video for the Cyrsti's Condo big screen because unlike so many YouTube drag transformation videos, the final result is very natural!

It doesn't take a genius to figure out the human obsession with breasts.  "The girls" are one of the basics of a woman's femininity and an attraction to others.

How funny is it when guys think I'm going HRT to just to grow my own breasts to play with.

I won't deny breast development has not been a pleasant part of my exterior feminization. In many cases just the slightest touch is a constant reminder of where I am on my transgender journey. BUT on a much larger scale, the transformation of my skin and the thickening of my hair have been just as astounding. In fact, I should write a separate post just about my hair.

Plus, let's not forget my continued lack of climate control.  I went through the hottest summer of my life into my coldest winter. I wish I could blame it on the climate but I can't. It's real and it's me.

The main point is that all pieces of this gender puzzle are continuing to come together and the process feels so right. I can only hope this summer will be a little more "air cooled"!

From Russia with Love

View the remarkable man to woman transformation of Russian entertainer Timur Rodrigez on YouTube on the Cyrsti's condo video screen:

Quality not so good but the cross dressing presentation is stunning! Check the reaction of the judges!
at March 03, 2013 No comments: