Yesterday I virtually attended my monthly Veterans Administration LGBTQ support group meeting. Normally the meetings are fairly routine and I don't say much, plus the last get together featured an interesting mental exercise which everyone needed to be a part of if possible. The exercise started with a circle and then you had to add all the various important facets of your life. Examples would be privilege, family etc. 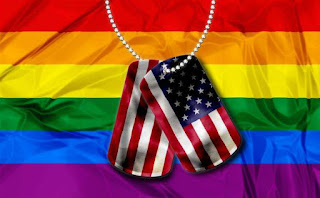 After a few people stepped forward with their ideas, it became evident how important being a veteran was to all of us, as well as being transgender. Various privilege's came in a close third. Since we all happened to be white, almost everyone mentioned it. Mainly in a sense of how much privilege we lost when we gender transitioned into feminine lives as transgender women.

Of course I write often and long concerning my own losses of male privileges when I transitioned. For the most part I felt them quickly and firmly. All of the sudden I had lost a significant portion of my IQ and were ignored when I was talking to men. I brought up the experience to the group when I needed to have my car towed and tried my best to explain to the tow driver and a sheriff where I needed to go. Once they heard the address they didn't need any other information from me. Since I was a blond that day, I finally just sat back and asked dumb blond questions about how the tow truck worked. Then I was "man-planed"  how it did. The best examples for me came when I was talking to men about sports which of course I knew quite a bit about. I found I was never taken seriously. Due to time constraints I was never really able to talk much concerning the real issue of losing control of your own safety when you transition to a transgender woman.

By far the best experience was shared by a transgender  man in the group who is completely presentable as a man and works as a nurse. He was saying he works with men from other countries who refuse to take any guidance from women and he has to go in and mediate between the two genders.

Other than that, perhaps the biggest topic from the group came when discussion started about being veterans and what it meant to us all, For me being a veteran was something I never wanted to do but was proud of myself for serving my time in an honorable fashion. Or at least I tried! :). Several others in the group managed to draw lines between being veterans and having the courage to pursue their lives as transgender women and men,

Over the years occasionally I will be called "brave" when I describe a few of my coming out of my gender closet experiences. I prefer brave be saved for those who deserve it such as first responders. On the other hand my convictions led me to where I am today. As one of the participants said yesterday, as soon as she stepped foot into basic training, she had to stick with her convictions concerning who she really was. Plus I knew also, I just couldn't live a gender lie as a man. Somehow, someway I would have to find a way to live fulltime as a transgender woman.

There is no contest in my book in comparing transgender conviction to any sort of bravery. I rather leave the bravery to the ones who deserve it. Conviction is different. We all need it to survive in an often hostile world.