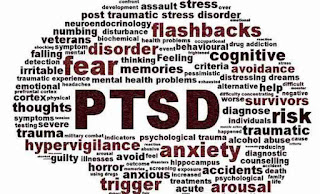 No matter where you find yourself  in the coming out process, I am fairly sure along the way you may have encountered some resistance to changing genders. Mine came years ago when I was called a pervert in a women's room I was using. Later on that same evening I was asked to leave the venue all together. From other happenings similar to that, I developed what I call "Transgender PTSD".(Post Traumatic Stress Disorder) On occasion, I still experience it today.

How did I survive? Basically, everytime I had to go through extremely negative experiences, I shed tears and went back to the drawing board and tried to improve my exterior self to match my feminine interior self.  It was tough for me because I had very few feminine traits to build on after spending decades perfecting my macho act. Along the way, I still lived in fear of hearing the dreaded "Hey! That's a man in a dress."

Gradually I did improve my appearance as I learned to dress for other women and to blend into where ever I was going. An example? If I was going to one of the upscale pub/restaurants I went to socialize I would wear a fancier outfit which would indicate I was a professional woman of some sort. On the other hand, if I was going to meet my lesbian friends at a sports bar we normally went to, I would wear a nice pair of jeans and top. All of a sudden, my life in the cis-world became easier.

When my life really became easier was when I started hormone replacement therapy (HRT). All of a sudden I went to the tipping point of no return. My face and skin started to soften as my hair began to grow along with my breasts. Relatively quickly I reached a very androgynous spot in my life. Finally cross dressing as a guy felt very wrong.

I need to emphasize none of this was easy. I went through terrifying times all the way to feeling euphoric with my progress. Crossing the gender frontier could be a path I could follow after all.

If you are considering following the same path, don't go it alone. Find a therapist or a gender professional to monitor your bloodwork and hormones. Estrogen can be a good thing until it goes too high and can become toxic.

In the meantime, try to relax and enjoy the ride. Very few humans have the opportunity to experience both of the binary genders up close and personal.

When it happens for you, you too will be a true survivor.