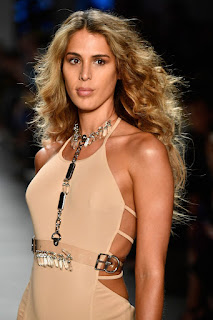 A central figure in many episodes of RuPaul’s Drag Race, Carmen Carrera first appeared on the show in its third season, and was the second contestant in the show’s history to rejoin the cast after being eliminated.

She also appeared as a drag “professor” in the spinoff series RuPaul’s Drag U. Carrerra presented as male during the third season of Drag Race, and came out as a trans woman the following year, in 2012.

Since then, she has appeared in many magazines, including the cover for the fifth anniversary edition of Candy, and is involved with AIDS activism and advocacy.