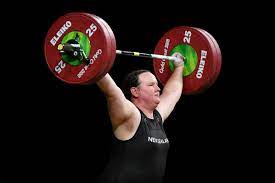 On August 2nd, New Zealand's "Laurel Hubbard" will become the first out transgender athlete to participate in an Olympics. However, being able to compete has not come without it's challenges.

Hubbard will become the first transgender athlete to compete at an Olympics when she starts in the heavyweight 87+kg category on Monday, a milestone Richard Budgett says is scientifically and morally justified.

Hubbard's participation has been a controversial topic. Australia's weightlifting federation tried to block Hubbard from competing at the 2018 Commonwealth Games, a ploy that was rejected by organizers, while British television personality Piers Morgan said her selection and approval was a "disaster for women's sport".

As you can imagine, there is much more.