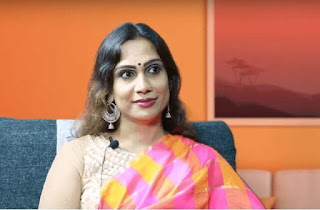 Tamanna Simhadri is from Avanigadda, a small village in Krishna district, Andhra Pradesh, but was raised in Vijayawada. Despite poor financial conditions, she managed to complete SSC and pursued PUC, which is equivalent to Intermediate Education, from Andhra University. Later, she obtained her degree in Bachelor of Computer Applications from Indira Gandhi Open University.
In 2010, she won her first beauty pageant, Miss Transgender Mumbai. The 34-year-old also works with an NGO called Triveni, which works for the welfare of women and the transgender community.
Tamanna is also the first trans woman to contest the recently held assembly elections in Andhra Pradesh. She fought the election as an independent candidate from Mangalagiri. However, Simhadri lost in the polls.
Currently, she is the first trans woman on "Big Boss Telugu." Go here for more.
at August 01, 2019