"The third season of Jessica Jones released this week, concluding Netflix’s four-year-long, uber-successful partnership with Marvel. The series, with its feminist lead and all-female lineup of directors, is known for its inclusive representation of people of color and sensitive handling of queer relationships, sexuality, rape, and post-traumatic stress syndrome. Pushing the diversity envelope even further, Jessica Jones‘ new season stars transgender actress Aneesh Sheth, who plays superheroineJessica’s sassy and resourceful new assistant Gillian — Marvel’s first ever trans character.
While this is a big move for trans representation on screen, the way the show portrays the character of Gillian is significantly refreshing. In a promotional interview with Marvel, Sheth says: “I’m transgender, and the character of Gillian is also trans. But there is no mention of her being trans within the show, nor kind of a narrative around her identity, which I think is wonderful because trans people exist in the world and it’s not always about their [trans] narrative.” 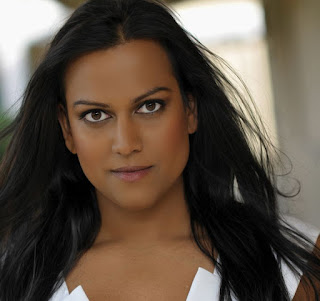 Sheth was born in Pune, India, and moved to the U.S. to pursue a career in acting. She graduated from New York University and kicked off her career as Sweetie, a character in A.R. Rahman’s musical Bombay Dreams. Today, she is an actress, a singer and a trans activist, with a Master’s degree in social work, who spends her time between the stage, the screen and working with LGBTQIA+ youth groups.

“I think it’s important in terms of representation to have people out there recognize that you’ve got a South Asian trans person on television who’s kind of creating representation, but also how wonderful it is for that person to exist in a show without having to hit [everyone] over the head and avoid sensationalism,” Sheth says, speaking to Marvel."
For more follow the links above.
at June 29, 2019