I could go into great detail about the problems young transgender girls or boys go through in the majority of cases. Of course we all know the instances of increased suicide rates mis-understood trans kids go through. 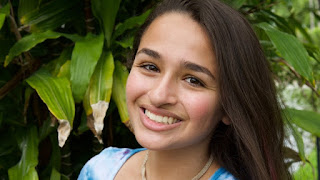 On the other side of the coin is the teen aged transgender girl who has basically grown up before our eyes...Jazz Jennings. Jazz of course is an example of a white, attractive child who happened to be part of a very accepting family.

If you have a story to share of your upbringing, please comment here on the blog or email me at Cyrstih@yahoo.com.

In the meantime, here is Connie's:

FABULOUS CONNIE DEE February 22, 2019 at 12:58 PM
"I hope to live long enough to see how the current generation of young transgender people will fare as they move into adulthood. There will still be pitfalls for them, but not having to deal with the shame is a definite advantage. For those who have parental acceptance and support, there will be a much more solid foundation.

I didn't have to tell my mother; she figured it out when she discovered some of her clothing was missing when I was about 12-years-old. Beyond a swift beating of my ass and a warning to never do it again, we never discussed it, either - unless you count subsequent reprises of the same interaction as being an on-going discussion. It's almost impossible, as a child, not to feel the shame in yourself when your parents express their own shame for you. It is so much more than, say, a feeling of guilt a child may get from getting caught with stealing a cookie. If my guilt was the cookie, my shame was the whole cookie jar; the cookie my gender expression, the jar my gender identity.

I have forgiven my mother, too. Neither of us knew what was going on, and "transgender" was something years away. It's said that knowledge is power, and there is so much more information that is readily available to both trans kids and their parents these days. I hold hope and prayer that both will avail themselves of that information and learn there is nothing for which to be ashamed - neither for the trans child or the parents of a trans child."