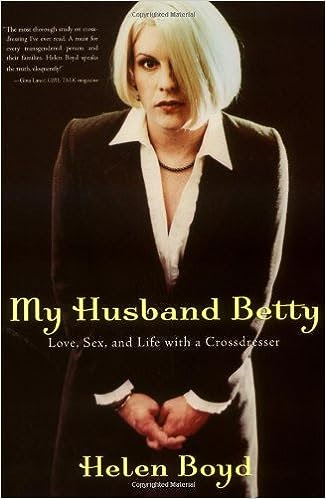 We all know the ever present threat of violence to trans women and men everywhere. Especially to those of color. But what we don't think about enough is how prevalent this violent behavior is to others in the LGBT community too.


As you Cyrsti's Condo regulars know, I'm a huge fan of Helen Boyd who has written two books (My Husband Betty) and teaches gender studies at Lawrence University in Wisconsin. After reading a recent post called "To the Guys" I strongly felt the need to pass it along. First of all though, I am going to give you an excerpt of why so many of us feel uneasy:


"When women complain about being catcalled, this is why. Too often we don’t feel safe and a catcall reminds us that we’re attracting attention – wanted or unwanted. & Sometimes it feels safer to be less noticeable when we’re out.
That phrase, “safe enough”, came out of a conversation I had with a gay man about what it’s like to walk past a guy on the street. You never know how he’s going to respond, or what’s going to happen. The safety concerns aren’t just women’s. The violence some of us worry about isn’t just sexual violence. It’s gay bashing. It’s transphobia. It’s racism.
The thing is, even if you’re not that guy, you probably know that guy. It’s not that you’d even know who he is, either, which is why everything you say or do when you’re only with other guys matters. Jokes about crazy bitches, gay men, all of that. When you don’t stand up in the little situations, the guys who would hurt gay men and trans people and women get permission. They think you hate us all too because of the jokes you tell or listen to without objecting.
Someone isn’t taking no for an answer, or is freaking out because a gay guy is crushed out on you, or because a trans woman is hot."
What I like about Helen is she is speaking from experience (with a transgender spouse).
You can read more of this thought provoking post here, and maybe think a little more about your safety in the near future. Especially if you are just coming out of the closet into the feminine world.
at October 07, 2015