Where Did You Get Your Wig?

In my continuing saga of answering Missy's questions about my MtF transition path, a few I get on a weekly basis, a couple, every other week and finally others which I get frustrated with because of their frequency.

It's OK though.  One of her fondest repeats is when she sees the different sides of me, it is still me.  I know it's tough to explain to someone who knew me for nearly 30 years in my guy life, that between my ears I was never him.

Yesterday, to try to clarify, I pulled out the "mirror theory".  In other words, I know who I am now and to live it easier, a feminized version of my body makes the process easier.  In other words, I'm reflecting woman back to the world. But, to confuse her even more, on occasion I'm more of a gender fluid person.  Especially when I have to pull out my guy self from behind the curtain and insert him back into the game. Not unlike a puppet. I just know some of you are waiting to use the ventriloquist and dummy cheap shot!

At this point,  I think I'm making a little headway with her (until she asks the same question next week.) Plus, while I am at this magical point, I try to go further in-depth and explain the impact of not having to not wear a wig.  Probably the most the one biggest positive of my HRT.. Whichever hair "Goddess" gifted me with all of this wavy, to the middle of my back hair- I will thank forever.

During the last several years since I went "wig-less" only a couple women have asked where I got my wig and they knew me through my "wig" years. They commented how "real" it looked and of course I said it is!

The best wig story I have comes from when I was in a gay venue watching a drag show some time ago and one of the performing drag queens came up and said, "I love your wig, honey."  In one of the rare moments I have ever seen a drag queen at a loss for words was when I said, "How do you know it is a wig, girlfriend!"  To the left you will see a 2010 "wigged" me (wigged out!).  I had two dark long wigs, the other was very straight.  Both seemingly were an "all or nothing" proposition.  Either I could get them on my noggin in a fairly decent matter - or I couldn't. More than once, I spent a night feeling totally uncomfortable because of my wig. 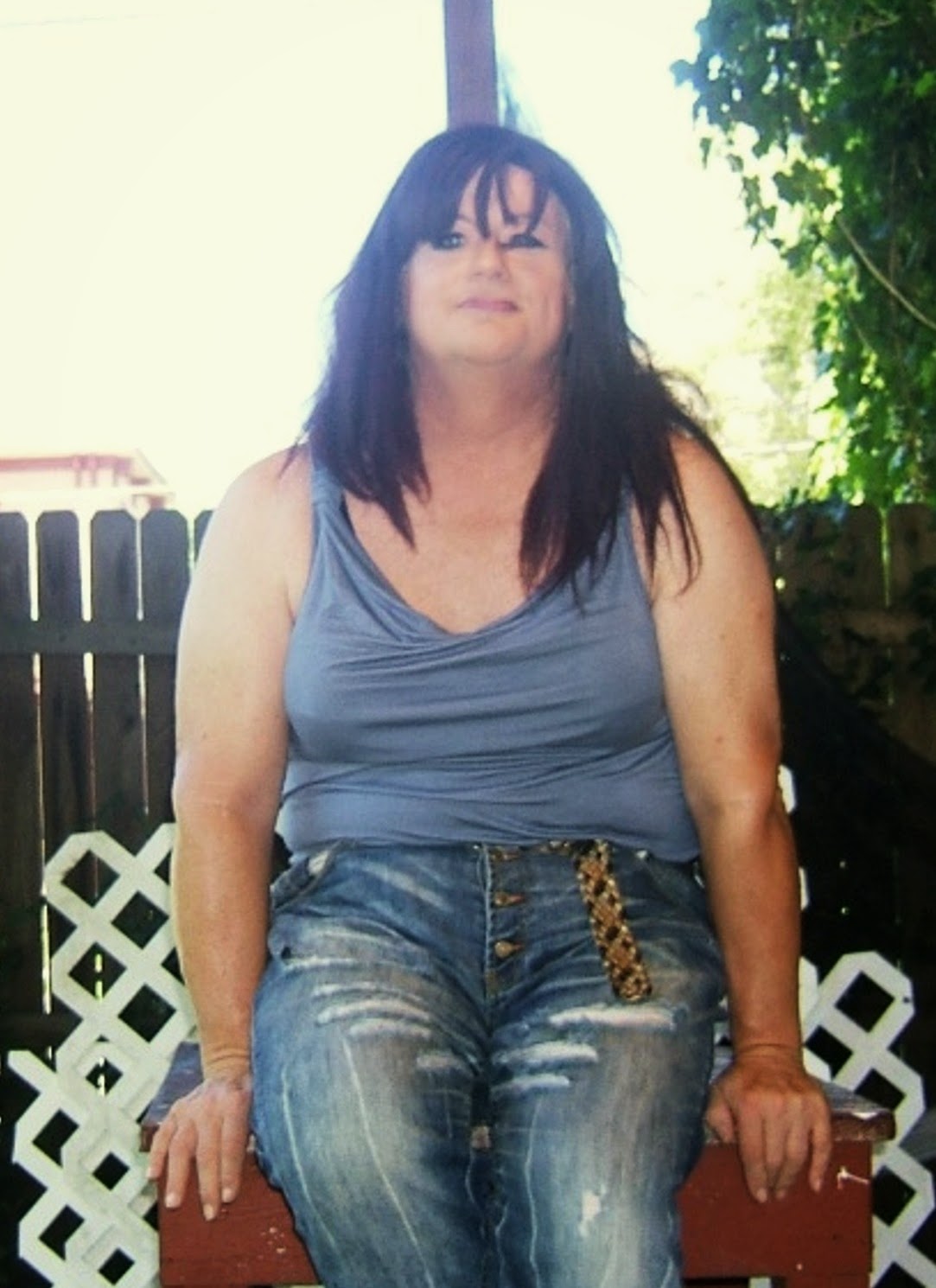 This whole subject is just another matter we share with the genetics. On Twitter I read recently a brief exchange asking where the editor of the xoJane site telling an inquiring reader-no, that is not a "Morticia Wig" she was wearing-it was her own hair. OOOPs! I wondered briefly if that was like asking a woman "when she is due" and she is not pregnant at all. Plus, lets not forget the upkeep required for your hair.

To the right is the last  picture taken of me in a wig and coincidentally is the one I was wearing when the drag queen commented to me.

Look, I do know how fortunate I am to be able to have and wear the hair I do.

I also know great wig ideas for novice cross dressers and beyond are available on Femulate .  Stana's style surely goes from head to toe!