Ker Plunk! Welcome kids to another "gi-normous" Sunday Edition.  Get a hot cup "o joe" and lets get started!

Page 1.- The Week that Was - or Wasn't!  A reasonably quiet week around here in the Condo.  We wrote about visits to the "girls and T-girls sandbox" Connecting gender dots is tough enough but essentially the only real way to do it-is to jump in.  No new sand was turned up.Plus, similar to many sandboxes, you never really know what could be buried there!  My only contention that the transgender girls sandbox was much more difficult! Mainly because most of the "sisters" have carried their sense of male ego and aggression with them through their transition.  When a genetic comes after you beware of the passive aggressive nature.  One way or another, your personal attitude can/will carry the day as you will see on page two. 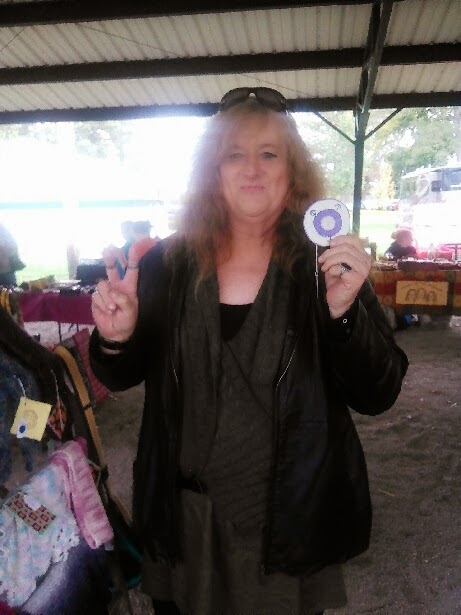 Page 2.- A Walk in the Park?  Yesterday was my partner Liz's first public show of her hand crafted items in some time and it went well.  My deceased wife used to do shows too, so I have some sort of a back ground.  Times of course have changed and many of the higher end artisans are depending on physical shows to attract people to web sites and or physical stores.  After set up, since I am an artistic zero, my job was to actually do what comes natural-jabber (talk) and pass out cards.

Interestingly, the only real "problems" I had came from my deceased wife's sister who kept "slipping up" and calling me by my male name and he.  I told her very simply, keep it up and next time she won't go-or any where else with me.

Her highlight of the day was when I said I had to "potty" she said did I want her to along and "which restroom was I using?" REALLY?  I was sensitive and told her just to sit there and look stupid. What restroom did she think I was going to use????  Before any of you think I was being a bitch, we have been down all those roads now more than once. I told her I would be nice but only a few times.

Other than that, the crowd (as expected) was rather upscale and at the least, Liz's cards - Liz T Designs

had a rather "unique" person passing them out!

Oh, by the way, we had a rather diverse section of vendors where we were set up.  The group beside us was several young lesbian women.

Page Three - Television Info  Perhaps you have already heard the Transparent show, with 70 yr old  actor Jeffrey Tambor  playing the lead role as a transitioning MtF parent has been picked up for a second season already. Also, maybe you have seen this "quick hitter":  It's from one of the ten million commercials you see for I-phones and/or related gadgets. In it, a 20 something man and woman are looking for possible roles in a play and he is looking at the women's roles.  I'm paraphrasing here, but she said you are looking at the women's roles.  He said I know, I may want to play one of them.  She showed absolutely no surprise or emotion and said, what ever you chose-they are your life choices!

Page Four-The Back Page.  Almost "gnawed off my arm Friday during another television related event. You all probably know I mention Cincinnati, Ohio quite a bit as a place where Liz lives (and I am working in that direction) and a city I have enjoyed most of my life.  I am not on their tourism payroll and yes the city has had a distance to go to catch up with other old river towns but they are now. Perhaps the best example of the reclamation of an area of the city called OTR (Over the Rhine) which led the country not so long ago as having the most murders in a neighborhood. Not any more- Liz told me not to miss Friday's episode of "Diners, Drive- Ins and Dives"  Then, she was exhausted and rolled over to sleep as I watched in agony all that wonderful food being prepared!  She is still hearing about it and can only recoup the damage by taking me to one - then all three of the featured spots- which are no more than twenty minutes from her house!

"Gotz" to go kids! It's a colorful, cool fall Sunday morning here in Southwestern Ohio-USA! Thanks for being such a close part of the Condo-no matter where you are!!!!