"Ker Plunk!!! a rather late edition of our epic "Sunday Edition!"

Page 1.- Columbus Ohio Pride.  I'm thinking about now, I'm part of nearly a half million TGLBQ Pride celebrants in Columbus, Ohio- who are nursing hangovers-from yesterday.  Yes, the attendance was estimated at a cool half a mill. (Who does that?) 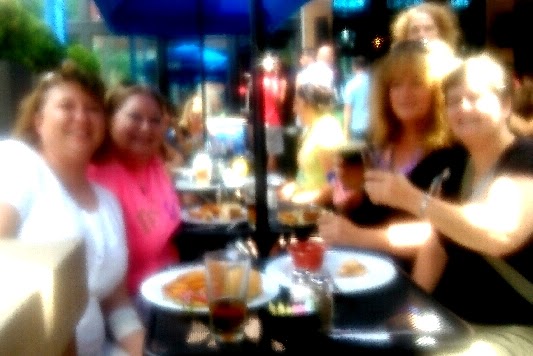 From my personal viewpoint, a good time was had by my intrepid group of four and I have only one crummy picture to show for it, but I'm passing it along anyhow. The guy who took the picture was just as messed up as the picture looks and is actually the best he could do before I took my phone back.

The weather actually wasn't hateful for this time of year and stayed in the low to mid 80's for the hottest part of the day.

The parade itself, started late and was very long, so I think we watched maybe a third of it before we headed back to the outside patio venue you almost see above.  I'm not a huge parade fan and got to see George Takei  actor from the original Star Trek and who has probably been "beamed up" from more gay pride parades than anyone in history! 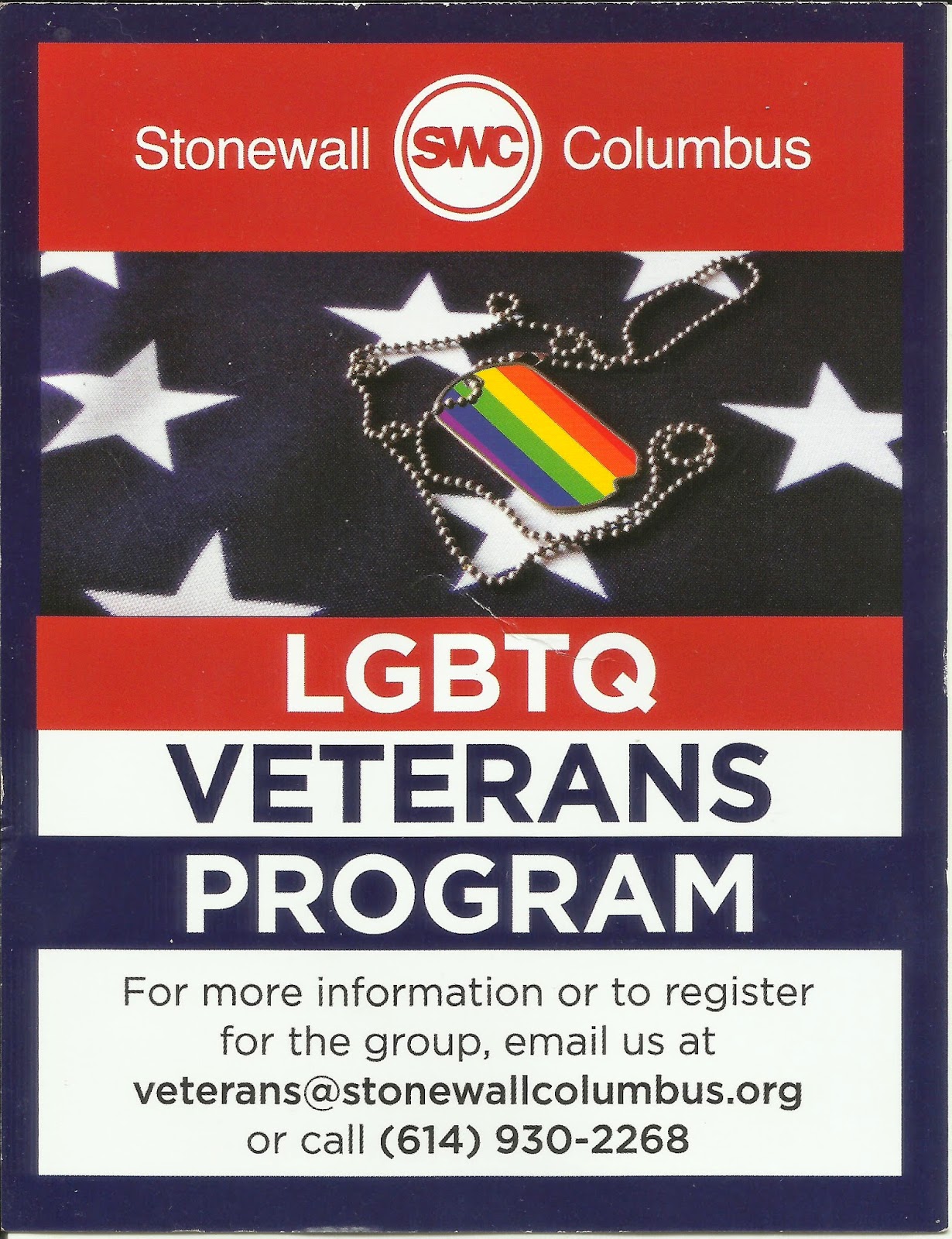 Page 2.- Transgender Vets.  I was really surprised to see a Pride Color Guard actually kicking off the parade. I was so surprised I didn't get a picture of the one cop of three Columbus policemen saluting the flag and the group.

As promised, I wore my T-shirt my partner Liz designed for me which said "I'm proud to have fought for your rights which were denied to me."  I really didn't get much response except for one really drunk guy who never understood anyway.  No one even came close to labeling me with the Tra--y gender slur so the closest I came to problems was when I bitched out a couple for cutting the line at the "Porta Potties".

Page 3.- Who were those People?  At my age, it seems like everyone at an event like this weekend are young enough to be my kids - or worse yet my grand kids.  There were however a significant group of peeps outside of the TGLBQ community who came to support, party or just watch the show.  Ironically, my friends and I were surprised how much of a show there wasn't.

I went expecting groups of garish drag queens sweating off their makeup in the heat and half naked buffed gay guys milling around in the crowd.  Perhaps since we are in the relative conservative "Heartland" U.S.A., the only drag queens we even saw were on parade floats.  I did see one other transgender woman during the day, one cross dresser at night with another trans girl.  Needless to say, I certainly didn't check out 500,000 people, but I was looking. Per norm, I did get my share of looks and mostly from the middle aged women who were there and very little from the younger crowd.

Page 4.- The Back Page.-  I had a great time attending a very serious TGLBQ Pride event and the Goddess willing I can do it again next year.  As I have mentioned, Columbus is very diverse, and the community there has built itself into a commercial force.  It is simply financially advantageous for a business to be pro Pride and it showed!
at June 22, 2014