Over the past several months I have featured pictures and more here in Cyrsti's Condo from a Japanese site called Rocket News24. 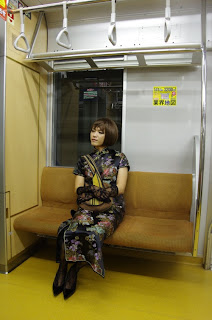 Recently they ran a long and detailed post called "16 Things I Learned from Dressing in Drag". Confessions of a one night crossdresser.

The post in itself just tells most of us transgender or even genetic women what we already know such as lesson #10:

It’s more than just the clothes You might think that getting feminine airs is as easy as putting on a dress and a wig, but it turns out there’s a lot more to it. Even something as simple as the word “I” is different from males to females in Japanese, so I had to constantly think about how to refer to myself. Or sometimes, I would sit down in what I thought was a ladylike way, only to find my knees popping open. Or my walk would get very bowlegged if I wasn’t paying attention. There’s just so much to think about! Femininity is hard.

Dressing as a woman was unexpectedly intoxicating, but I couldn’t stay like that forever. Going back to my usual self was kind of sad, though. I took off the makeup, removed the wig, traded my dress for my usual men’s clothes, and thought, “Well, that’s that.” It was rather dreary to look in the mirror and find the usual boring face reflected back at me. I almost wanted to cry. So if on the street one night you should happen to meet a man in drag, so long as he isn’t doing anything bad, please just let him be. 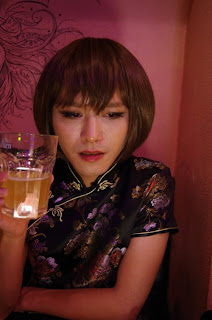