I so enjoy seeing and passing along stories from around the world about our transgendered sisters and brothers around the world.
However they choose to be identified, for many (in many societies) it's a huge and often dangerous step to take. 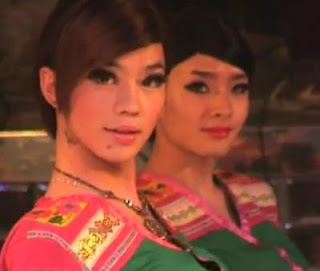 This story from "Gay Star News" says it all! A documentary about drag queens in Southwestern China is premiering in Amsterdam soon:
"CinemAsia Film Festival in Amsterdam starts tomorrow with a Queer & Asian section screening seven films from Indonesia, China, Singapore, The Philippines and Japan."

Here's one of the questions:

" There are different styles in different cities. In the city of Nanning, where my documentary was filmed, they learnt a lot from Thailand (since it's only a one hour flight from Bangkok). You feel the Southeast Asia influence in their performance. The performers do enjoy their work and life, though they don't have very high income."
Follow the link for more!
Email Post
Labels: crossdressers cyrsti hart cyrsti's condo TRANNSNATION.COM trans girls transgender blog transgender life transition transsexual transvestite transwoman tranvestite