Everyone Is In Transistion? 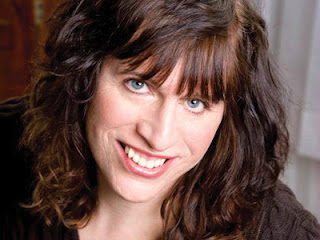 According to North America's only transsexual comedian yes everyone is in transisiton. American Alison Grillo is performing in Ottowa, Canada and talked about her transition and act. She said  "A lot of comedy comes out personal pain and struggle. Grillo says human sexuality is a big topic for many people, one that can be difficult for people to understand.

Often humour can be a great way to break down barriers and tension.

“Most of my shows are for straight people. It doesn’t take me long to convince them that I’m just like them in many ways, and that we have a lot in common,” said Grillo.

While she said transgender people are often the butt of jokes in comedy she brings an entirely different perspective.

“I’m not some straight guy observing things. I’m actually living the transition. I can tell it like it is,” she said.

I would really like to see her act if she ever comes in my direction! I added her as a Facebook friend. We will see if she responds!
Email Post
Labels: cyrsti hart transgender blog transgender blogs transgender life transition transsexual transvestite