No, not that "B" word- the bully word.
I can't say enough negative about bullying and in fact haven't written much about it's tragic effects here in Cyrsti's Condo much at all.
The reason (or excuse) is I really did not know where to start.
I do think we transgender individuals sometimes think we have the market cornered and certainly it seems that way in our world.
Ironically, one of the woman in the group I went out with last night told me the saddest story of her youth as a very obese kid.  Without going too deep into it, she said the torture such as bubble gum in the hair became so bad she nearly couldn't stand it...and ballooned to over 400 pounds as a young adult.
The good news is she survived the experience, had surgery and literally has lost hundreds of pounds.
Other's of course haven't- inside the transgender, gay or straight world.
Amanda Todd is one of those:
She was a Vancouver-area teenager who posted a story to YouTube last month about being cyber-bullied, then was found dead  in Coquitlam, Canada. Authorities believe she committed suicide. 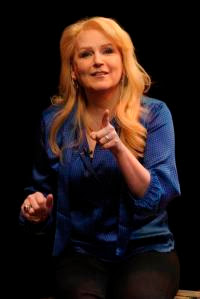 The sad part is that a petition has to be started on  Causes  to try to do something.

Then, there is the story of Denver Transsexual TV Host Eden Lane.

In high school, Lane wore androgynous clothing while trying to simply move through the world like any other kid. Until the day some boys were gathered in the back of the science lab talking about which girls they found attractive. The new boy at school named Eden. When the other boys told him she wasn't exactly a girl, the humiliated boy lit her hair on fire with a Bunsen burner.

I was admittedly luckier than most. My physical stature and interest in sports kept me in a safer nondescript .middle point. I wasn't part of the popular crowd but I wasn't bullied nor thank god did I bully. Seemingly today, more and more folks in our society need to be haters and feed on the different or the weak. I (of course) have a few thoughts on why-but in reality who cares what I think. It's what I do that's important and that is exactly why I'm passing along the Causes link to you.
Look,  I know I could pass along sad story after sad story to you.
On the other hand, you survivors need to make sure the world knows more of your successes. Recently again I had someone try to hang the courageous tag on me.
In reality you bullying survivors deserve the credit for being courageous and brave more than I ever will!
at October 21, 2012 No comments: