In the United States a "government apology" is nearly as rare as a Polar Bear taking a stroll through my backyard in the middle of a hot Ohio summer. 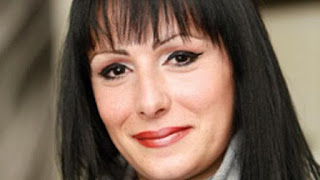 Everyonce in a while though a surprising apology or two sneaks through in other countries- such as Malta which is located around the Mediterranean Sea, just south of Sicily and east of Tunis. Perhaps you remember Malta making news recently as Joanne Cassar (right) continued a fight which began in 2006 and continued five years to 2011. At that time Cassar sued Malta in the European Court of Human Rights, which ruled in 2011 that her fundamental rights to marriage and family life had been violated by Maltese law.

The apology came from
Partit Nazzjonalista deputy leader for Parliamentary Affairs Mario de Marco has said in a recent speech that the party has let the transgender community down by refusing to recognize our rights. In his own speech he said the previous PN government "might have let transgender persons down" Later he even went back and corrected the "might" word and deleted it.

No matter how seemingly tiny, in whatever country- stories such as this should give us all in the transgender community just a little more drive to push on. Plus the sacrifice of individuals such as Joanne Cassar to push on when she could have hid in the stealth closet which so many of us run to in fear is truly inspiring!

For more on this story, please go here
. 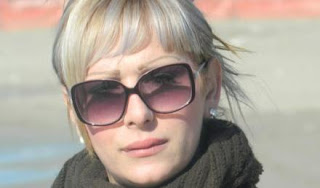 The government of Malta has decided to amend the Marriage Act. Now transsexuals may marry partners of their choice according to their 'acquired' gender. The decision was brought on largely due to the efforts of Joanne Cassar a post op transsexual woman (right).

"Details on the legal amendment will reflect the principle that, by officially recognising a person's reassigned gender identity through documentation (eg, ID card or driver's licence), the State also de facto commits itself to acknowledging and protecting all the rights and privileges associated with that particular gender identity. These rights include that of marrying a person of the opposite sex: something hitherto denied for persons in this (admittedly uncommon) predicament. Once the legal amendments are in place, the case filed against Malta by Cassar will be withdrawn, and her legal expenses refunded by the State. The right of transgender persons to marry was firmly established in a preceding case dating back to 2002 - Christine Goodwin vs. the United Kingdom - where the ECtHR held that it found no justification for barring transsexuals from enjoying the right to marry under any circumstances."


"Cassar's reaction on Facebook was: "kemmmmmmmmmmmmmmmmmm jiena ferhanaaaaaaaaaaaaa grazzi il maltin ghax vera malta taghna il koll :) kemm jien ecitataaaaaaaaaaaaaaaaaaaaa..." [sic] No direct translation can quite do justice to such a spontaneous expression of "happiness", "excitement" and "gratitude". Suffice it to say that her keyboard evidently shared in her enthusiasm."