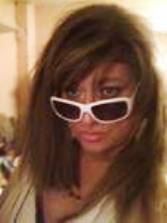 When I look back at all the crazy things I attempted when I first started to explore the world as a novice transgender woman, I wonder how I survived at all. One of the first things I remember was having the lack of a quality reliable vehicle. This led to several impromptu tow's and my first one on one involvement with tow truck drivers. Most were barely respectful when I needed to ride back with them with one bordering on being downright hostile. I experienced everything from flat tires to complete failure to start from a few of my cars. Often the problem I ran into was I was on a sort of a curfew and had to be home before my wife arrived from her job. To make a long story short, I needed to get out so badly and explore the world, I would risk having a major fight or worse.

As my finances improved, I was able to afford better vehicles and my focus shifted to which venues I tried to frequent. Very early in the process I learned I wasn't really welcomed or satisfied with going to the male gay venues. The venues didn't come close to satisfying any of my needs when I went there. For the most part I didn't prefer the music and especially hated the idea everyone would refer to me as a drag queen which of course was the farthest thing from the truth. Finally I took my business to venues where I at least more comfortable. Places I often wondered how it would be to patronize as a transgender woman. Surprisingly I was accepted better than the gay venues I went to. It took awhile but it was in those venues I met several dear friends I have to this day.

Then, there were the lesbian venues. Back in the day, several small lesbian venues sprung up in the Dayton, Ohio areas. They provided me with a whole other world of possible experiences. Primarily, since I failed in experiencing any pleasurable time in male gay bars, I thought I would try women and see what happened. In one of the lesbian bars they were very radical and hated me but in the other it was much more mellow and I even discovered I knew one of the bartenders from my male life. This was the establishment where life became a little too exciting on a couple of occasions.

One evening in particular times became a little more intense when just before I had to leave in order to beat my wife home, I had a lesbian come up to me and buy me a beer. When she did so, she also said maybe she should take me home with her. I briefly thought Oh No! How would I tell my wife I was abducted by an alien lesbian in a space ship. No story would have worked. Then, there was the well documented time (here) when I was basically strongly coerced into singing karaoke with a very big and masculine lesbian. Somehow I was able to "sing" with her and slip away when she moved on to another conquest.

Through it all, at times I was terrified, excited and downright relieved when I pulled off whatever I was attempting. I look back and wonder how I summoned the courage to do it at all.