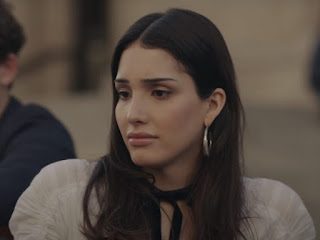 Zion Moreno made a name for herself as a transgender model and then switched to acting, appearing in

In 2020, it was announced that Moreno would join the cast of the reboot of "Gossip Girl" on HBO Max. In the first episode — which premiered this summer — Moreno's character Luna is one of the rich kids with a bad attitude.