From India with Love

Gaurav Arora (below) who is now known as Gauri Arora is a known TV personality and has been a part of many Bollywood and television projects.  Before her sex change, she had participated in the reality show Splitsvilla and then took part in India's Next Top Model as Gauri Arora after having undergone  sex-realignment surgery. Back then, she had said that it takes a lot of courage to accept the reality and come out in public 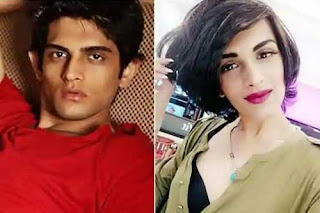