Hope for the Future

Among the record number of LGBTQ hopefuls running for election in 2020, one in particular stands out.

In Delaware, Sarah McBride (below) has won her state Senate race, poising her to become the first and only openly transgender state senator in the U.S. and the country’s highest-ranking transgender official. 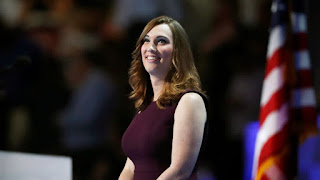 Ms. McBride, 30, a Democrat and an activist, handily defeated Steve Washington, a Republican, in the First State Senate District, which includes Wilmington and leans heavily left.

“I hope tonight shows an LGBTQ kid that our democracy is big enough for them, too,” McBride, 30, tweeted Tuesday night after the election was called. “As Delaware continues to face the Covid crisis, it’s time to get to work to invest in the policies that will make a difference for working families.”

Also, the House saw its largest, most diverse class of openly LGBTQ candidates win election and reelection to Congress this week, the LGBTQ Victory Fund said.

The group, a national organization that works to increase the number of openly LGBTQ elected officials in government, said on Wednesday afternoon that nine LGBTQ candidates running in House races have secured victories.