From the Thomson Rueters Foundation News:


"China's best known transgender celebrity says she never aspired to be an LGBT+ activist but now Jin Xing has an eye on politics, saying she has the power and presence to help society. 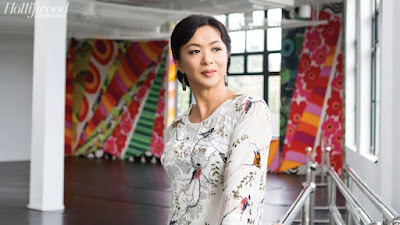 Jin admits her journey from teenaged soldier to ballerina to one of China's top TV hosts has been extraordinary, as has her widespread acceptance as a trans woman in conservative China.
Next stop: the political stage in one-party communist China.
"If you have the power and the guts and will and thinking to do something for society, why not? My talk show already had a political impact," she told the Thomson Reuters Foundation in an interview on Wednesday at the World Economic Forum (WEF) in Davos, a ski resort hosting some 3,000 of the global elite."
Follow the link above for more.
at January 24, 2020