Transgender activist and actor Nicole Maines knew she was a girl around the age of 3 or 4.
“My case is kind of unique because I have a twin brother (Jonas),” she told Ellen Degeneres during an appearance on “Ellen” in 2018. “So, growing up with him, he was identifying with all these male things and feeling very comfortable in his body, and I wasn’t.” 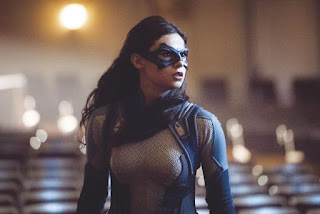 Maines, the subject of this month’s One Book One Valley community read “Becoming Nicole,” slowing began publicly transitioning in the first grade, and officially presented herself as female in the fifth grade, when she changed her name from Wyatt to Nicole.
Nicole Maines stars as Nia Nal/Dreamer, television's first transgender superhero, in The CW's "Supergirl." Season five premieres Sunday, Oct. 6.