Transgender teenager Jazz Jennings has announced that she will be taking a gap year before attending Harvard in order to 'focus on self-care' after a busy year that has seen her undergoing gender confirmation surgery - while documenting it on her reality TV show.
The South Florida native, 18, took to the platform to share her personal decision. The TV and YouTube personality said that deciding to take a break wasn't an easy call to make, but ultimately she thought it right to 'refocus and recenter' in order to be the 'strongest version' of herself. 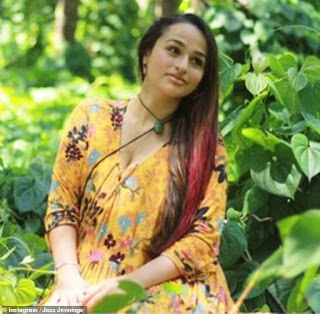 The I Am Jazz star graduated valedictorian from her high school this summer and was due to start at the Ivy League university this Fall. While she has previously expressed the desire to pursue a career in advocacy, she has not yet revealed what major she is taking.