After writing, producing, and directing for FX’s Pose as well as being signed on to direct an episode of Ryan Murphy’s upcoming series The Politician, Janet Mock has announced an overall deal with Netflix. The announcement makes history as she is the first trans person to establish an overall deal with a major studio. 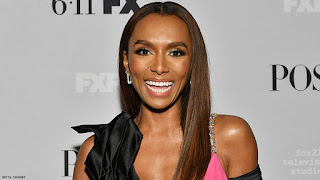 “This deal is so bonkers,” she said in the announcement video, released today. “I, of course, will be writing and directing a few hush hush projects that I can’t really talk about, but one of them is a half-hour drama and another is a college series. So I’m really excited for that.” The latest episode of Pose, the ballroom drama, now set in the early 1990s, was titled “Worth It” and written by Mock. Mock’s directorial debut “Love Is the Message,” the sixth episode in Pose’s first season is also being considered for an Emmy.
“This is the first kind of deal of its kind for a trans person, no less a trans woman of color,” she continued in the announcement. You know 84% of Americans say that they don’t know and or work with a trans person, and so there’s potential now with Netflix’s worldwide audience to introduce millions, hundreds of millions of viewers to trans people and showing people who may not understand us that we can tell our own stories.”
Can't wait to hear more!