"Bee" in the Bonnet

Connie reacted to my relatively radical post about transgender women versus drag queens: 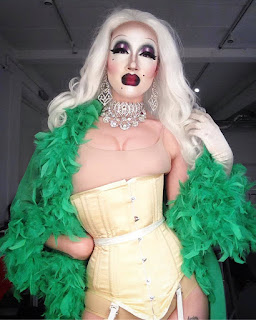 "Oh my! How did that bee get in your bonnet? While you may get some argument on that statement from some people, you won't get one from me. I sometimes wonder if drag queens should be under the transgender umbrella, either.

There are transgender women who do drag, and there are even some cis women who admit to doing drag, as well. There is some entertainment value to both the drag-or and the drag-ee, I suppose, but -to me - it's all about flaunting a caricature of a woman. I would never want to be perceived as doing that, myself, but it is disconcerting to know that there are quite a few people who think that transgender women are drag queens.
When I perform on stage, my makeup and attire are certainly more edgy than what my ordinary look is. It's sometimes difficult for me to be happy with my stage appearance because I feel that I might be seen as a drag queen. I don't do a drag act, by any means, however.

Nowadays, I may even be pegged a drag queen if I read a story to a group of children - since the popularity of "Drag Queen Story Time," anyway. :-)"


I am glad you asked. What really got me going the other day was when I watched coverage promoting the upcoming Cincinnati Pride parade. Of course, I saw the usual cross dresser in a prom dress riding along on the first car followed by a garishly painted drag queen in the second. Fortunately, this must have been old stock footage the station used, because I know for a fact (counting this year) two out of the last three parade marshals have been real live transgender women. Not a caricature of a woman who doesn't represent me at all.
While I realize not all drag queens aren't gay guys, I still don't want the average citizen watching the news to think it's true and miss the whole point of celebrating the transgender world as a whole.
I guess transgender is a lifestyle while drag is entertainment.
at June 19, 2019