The Sugar Daddy and the Endocrinologist

My trip to the endocrinologist was certainly uneventful, until I met my sugar daddy afterwards. My Doc was OK with my request to increase my estrodial and perhaps decrease my testosterone. As we talked, I said I was satisfied where I was with my feminization process but then again feel like I hit a wall. So, her (the Doc's) answer was maybe my testosterone was creeping up again and let's get it checked. So, off I went to get the proper blood labs done.

I knew my day was going too good when the 75 mile trip up to the medical center was very easy for a change, I found a parking spot and the wait was minimal. By this time, it was past noon and I hoped the wait at the blood labs would be minimal too...wrong, the room was packed, standing room only almost for a seat. I settled in to lose an hour of my life I would never get back. 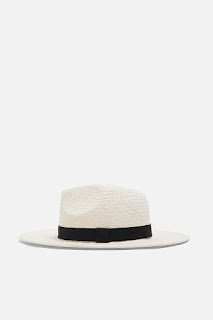 As I sat there, a short time later, an older gentleman, well dressed with a straw hat sat down across the room. I didn't give him much thought except you don't see many guys at the VA who bother to dress up at all.

Approximately fifteen minutes later, he got up to go to the restroom and lost his seat. He then ended up sitting across from me. He was busily talking to a couple of other guys about the March Madness basketball games and was leaving me alone, for awhile. Then he said "Mam" what branch of the service did I serve in? I told him the Army and the chat was on. I found out he served in the Army in the mid 60's in Panama, was 75, retired but still flipped houses for a living.

By that time, he had decided to quit talking to the other guys and turn his attention to me and all the time used the proper pronouns so I felt secure in the conversation.  I had to be careful though not to out myself.

If I mentioned at all I was drafted, that would do it. Of course women weren't drafted into the service. On the fly I needed to make up a story about how I got into the military, or slightly twist the facts. Or shut up. I chose the latter but on the way home came up with a more palatable way of explaining what I did in the military.

To start with, some of you Cyrsti's Condo regulars know, I was assigned to the American Forces Radio and Television Service (AFRTS). So, I actually worked for the Air Force for one year and the Army for two years. So, I could say I was almost a contract worker for the military. At least it may work in a pinch when I get into an in depth conversation with someone who I don't want to automatically out myself with.

I must be getting dramatically better with my over all transgender presentation though. This makes the second time in a row men have called me by the right pronouns and wanted to talk while I was waiting to give blood. Years ago, I was called a "fagg--t" in the same room.

Times do change, and if my blood comes back the right way, maybe I can change it a little bit faster.
at April 02, 2019