Joining a record number of transgender candidates this year is New York's Andrea Marra according to the Gay Star News:


Andrea Marra, an activist and transgender New Yorker, has announced  her candidacy for the New York State Senate.
She’s running for District 13, representing the borough Queens and neighborhoods like Astoria and Jackson Heights. Per the press release GSN obtained, 60% of residents identify as immigrants and there’s also a vibrant LGBTQ community. 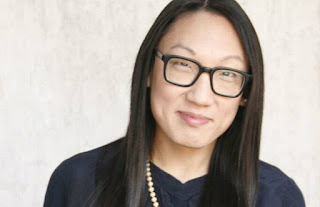 In the race, she’s challenging Democrat incumbent José Peralta. He’s a member of the Independent Democratic Conference (IDC), a group of Democrats who support Republican leadership in the Senate.
Marra describes Peralta as a ‘turncoat’.
‘We need new, honest leadership to protect and expand affordable housing; modernize the broken MTA; deliver the funding our schools need and deserve; and invest in New York’s overburdened public hospitals, including Elmhurst Hospital,’ she stated.
There is more to this story, to follow it, go here.
at February 08, 2018