I dwell on this topic quite a bit it seems. Perhaps it's because I get asked the question about what it's like to go "full time" as a transgender woman. All of a sudden, it wasn't which gender I was going to a party as, it became what I was going to find to wear. As a woman, I didn't want to embarrass myself. Didn't want to under-dress or over- dress for the evening.

In many ways, it's a tough question, yet easy to answer. First of all, it is different than anything I ever imagined. Back in my cross dressing days, I was obsessed with so called "passing." Now I'm obsessed with looking the best I can and letting the cards fall where they may.

Along the way, I have crossed so many frontiers, they are hard to remember. Communication barriers arose the more I lived as a woman. Both genders communicated with me different. For the most part I was ostracized by men and treated with curiosity by women. Along the way, I just came to expect it. I learned to be more of a listener and be on the outlook for passive aggressive behavior. 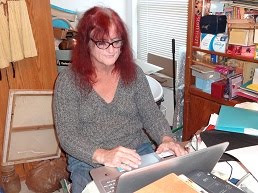 "Passing" was also replaced by comfort and blending. It became simply impossible for me to put together a complete "heels and hose" outfit for every occasion. Instead, I began to dress to blend...with other women. So, again, I was dressing for women and not men.

I think too, in many parts of the country, living as a transgender woman or trans man is becoming  somewhat easier. In fact, I recently gave job advice to a new trans woman friend. I asked her if there was a Kroger Grocery Store near her. At least around here, Kroger makes it a point to be very diverse.

Not to say life is a piece of cake for a trans person, but in someways there is a glimmer of hope on the sunrise. Especially with the political situation beginning to change. Even in Alabama.

Finally, if you really are thinking about going "full-time", dress to blend and go to the hardest places you perceive to go. If you can make it there, you can make it anywhere!