Time moved on and I found myself in the mid 1990's beginning one of the most difficult decades of my life for several different reasons.

To make many long stories short, during this time I was taking every possible opportunity to live my life as close to a woman as I could. Plus during this decade I was going to purge a year or so before my wife passed away. I grew a beard and ballooned to 275 pounds. Also, my Dad and three of my dearest friends were going to pass away and I was going to lose almost everything I worked so hard for during the recession.

Since I have jumped so far ahead, now let me back tract to a couple key events I have written about here in the blog during the past which gave me the courage to move on in the feminine world.

Since I became relatively secure in my abilities to negotiate the world in certain "safe" spots such as clothing and book stores, I felt it was time to spend an evening as close to being a woman as I could. Could I go stealth?

I chose an upscale restaurant bar for my trial because running a similar operation was what I did for a living. I knew once I made it past the hostesses, I would have a fairly easy trip to the bar where a group of professional women gathered after work for a drink most nights. I hoped if I dressed the part I could fit right in...sort of. That is if I could breathe because I was sooooo scared.

The five minutes or so I spent in the parking lot gathering my confidence seemed like five hours before I pulled up my big girl panties and went in. As suspected the hostess gave me the once over and asked if I needed a table and I said no "I was only there for a cocktail" and she directed me to the bar which had a couple big wooden posts on each end. Fortunately, there was a seat open near one, so I could do my "wood" impression blended in,  swept back my long blonde hair and ordered a drink. If indeed the bartender knew anything was amiss I don't know to this day but I was served, ordered another, tipped well and left. As I finally began to breathe again, I knew the night was something I wanted to do again and again.

The evening emboldened me to try to go to other similar places. Some of which I was successful and others not so much, mainly because of having to use the women's restroom. Along the way, I got kicked out of one place, had the cops called on me twice and got screamed at once. Through it all though I knew I had to keep on trying. 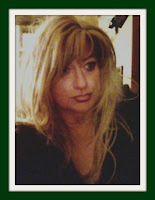 The biggest lesson I learned was I needed to adopt one similar style and stick with it. Or, quit being a blonde one night, redhead a couple nights later and a curly brunette a couple nights after that. In essence I was building an exterior image to fit my evolving interior.

Unfortunately, my extra curricular activities brought me more and more into possible contact with my wife.  One night after she caught me out again, we had yet another giant fight which led to me taking a whole bottle of one of my meds which luckily didn't kill me. I knew then the only way to stop the lying and sneaking around (which I considered cheating) was to grow a beard. 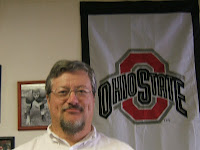 I'm proud at least I did because a year and half later she would be gone. Passing away from an unexpected heart attack after 25 years of marriage.